The 2013 LWVMA Convention “The Future of Our Democracy: What’s Next?” was held May 17-18 at the Boston Peabody Marriott in Peabody, MA. League members throughout the state convened to conduct the business of the League for the next biennium. In addition the convention featured speakers and workshops, as well as a silent auction. 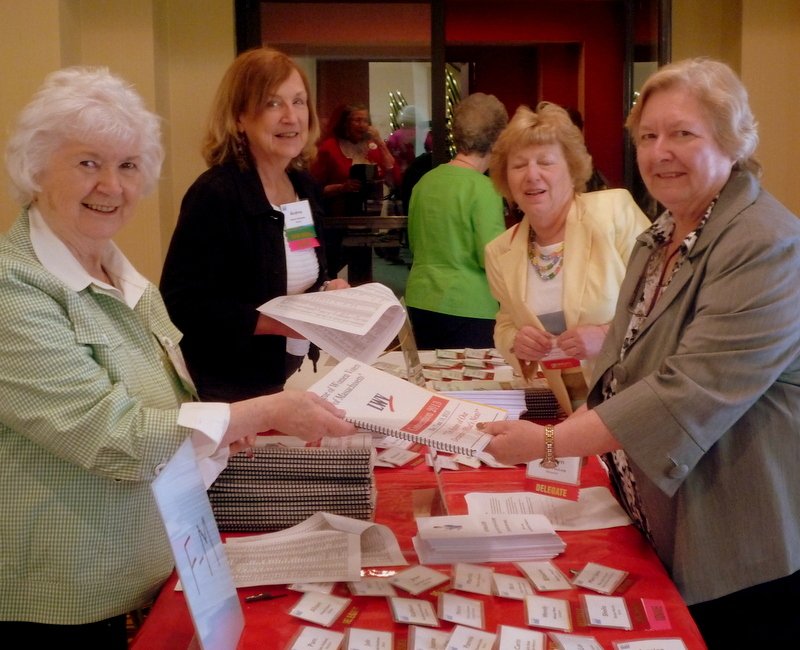 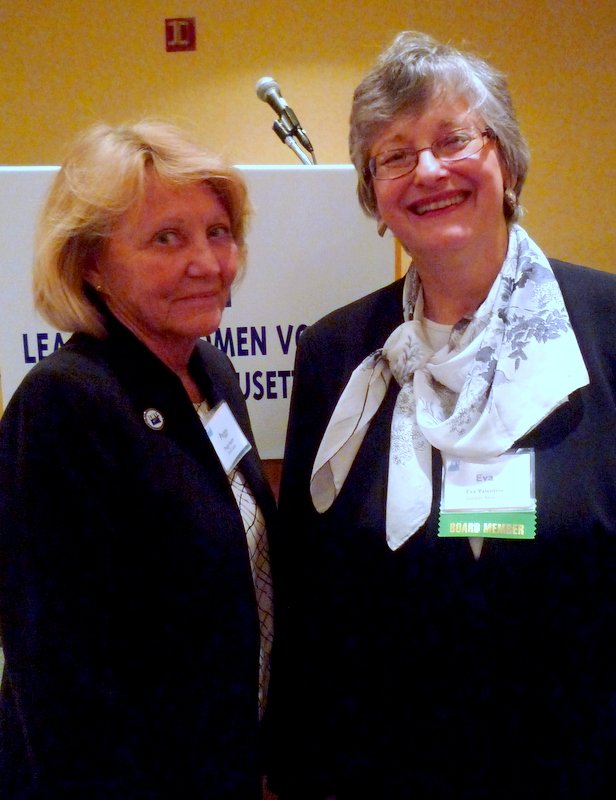 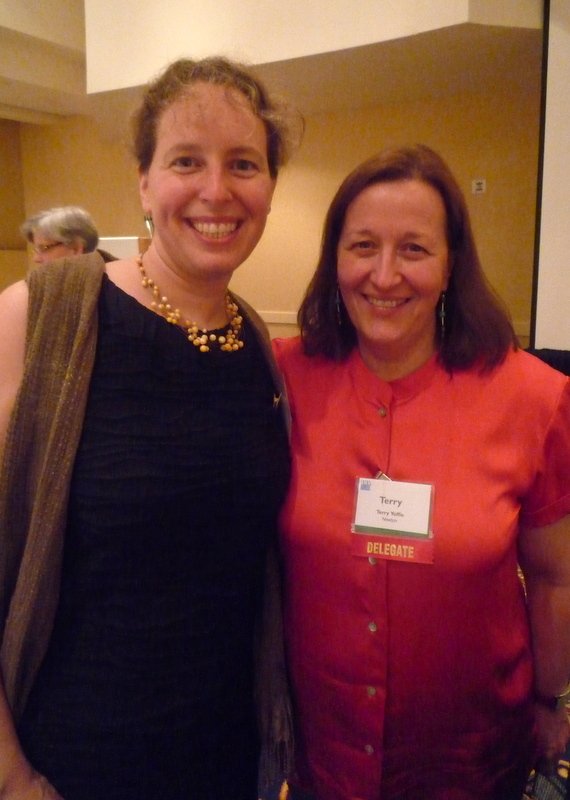 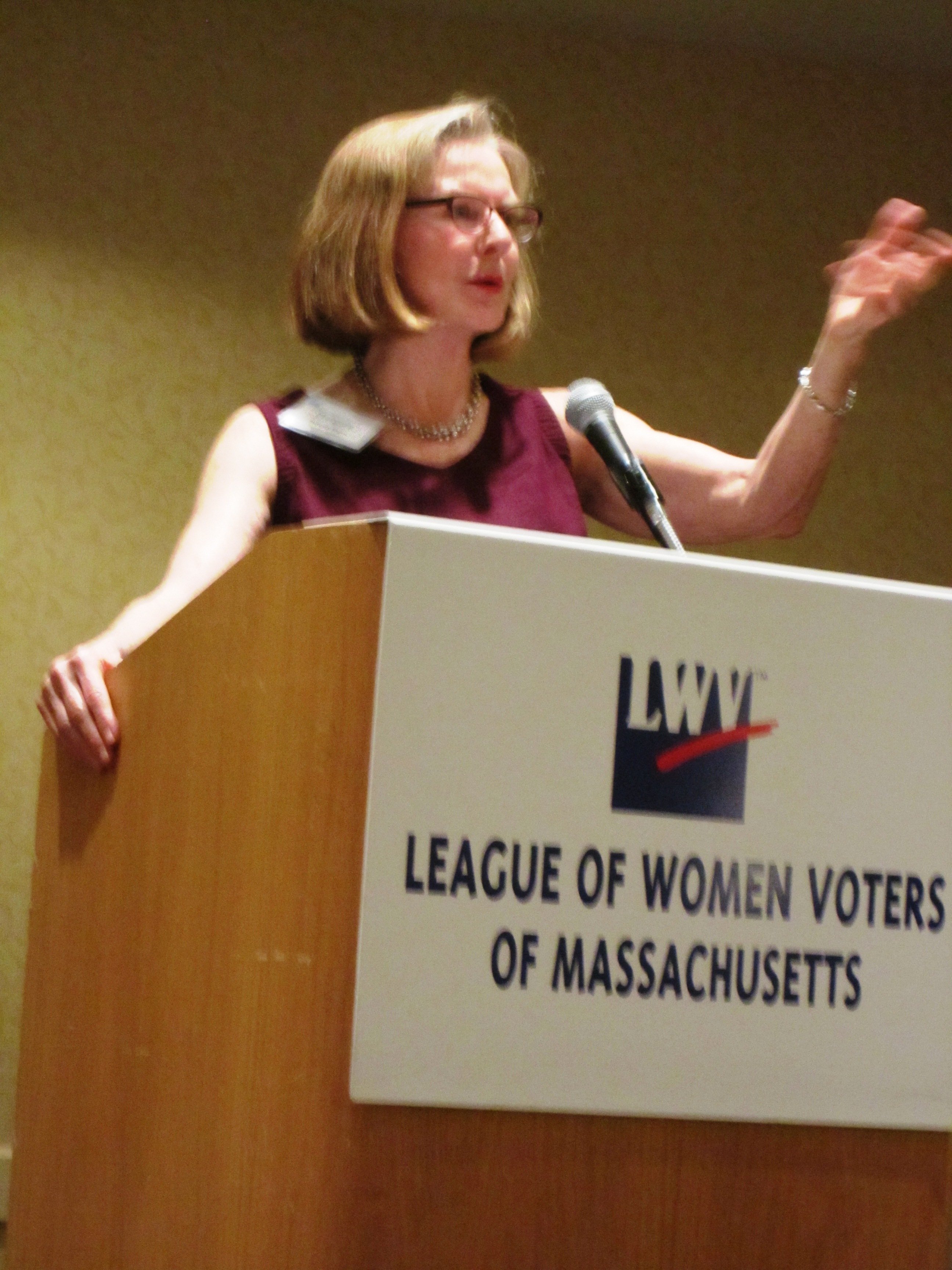 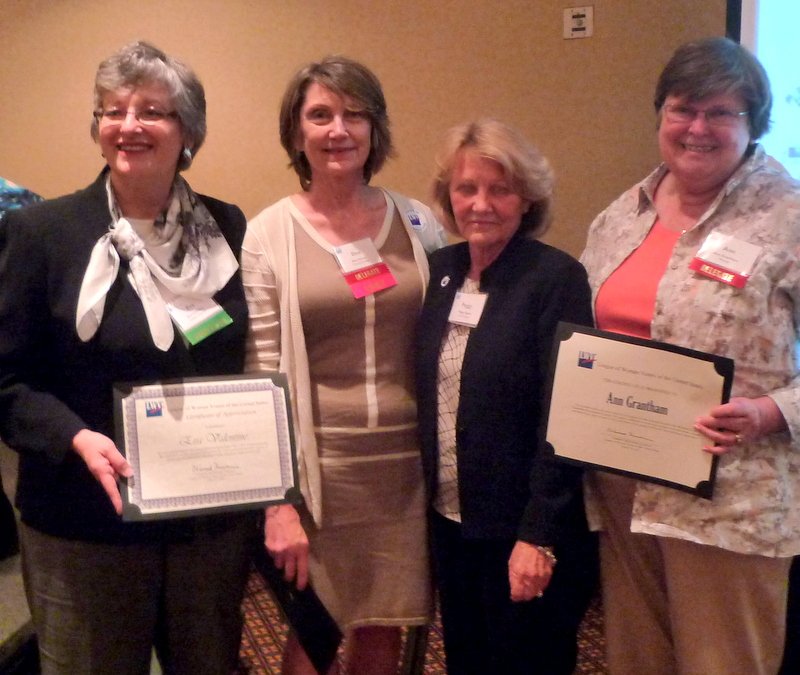 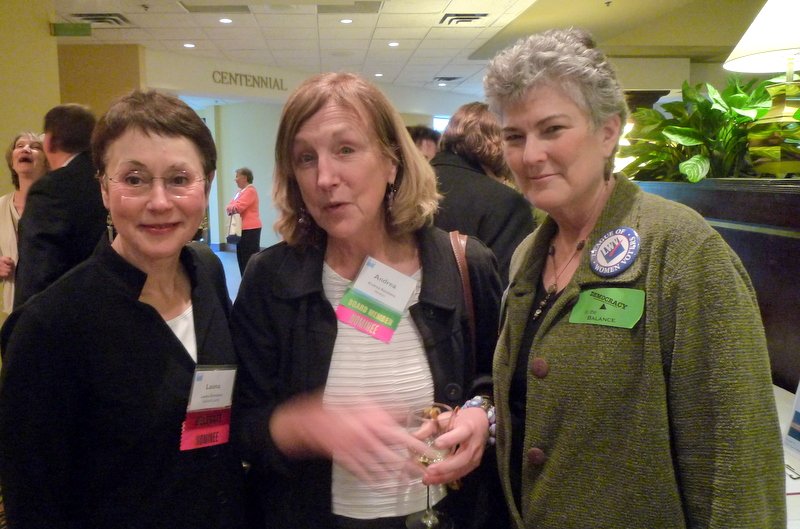 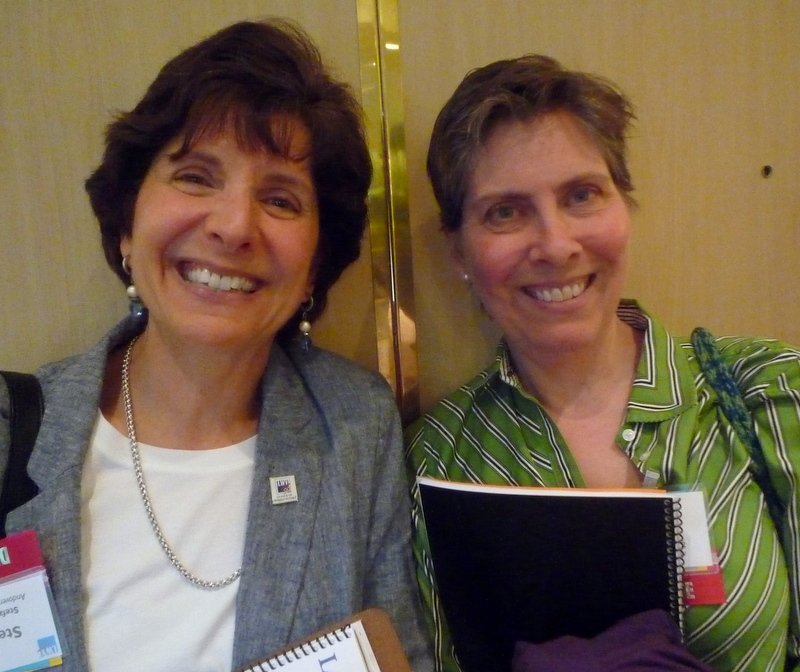 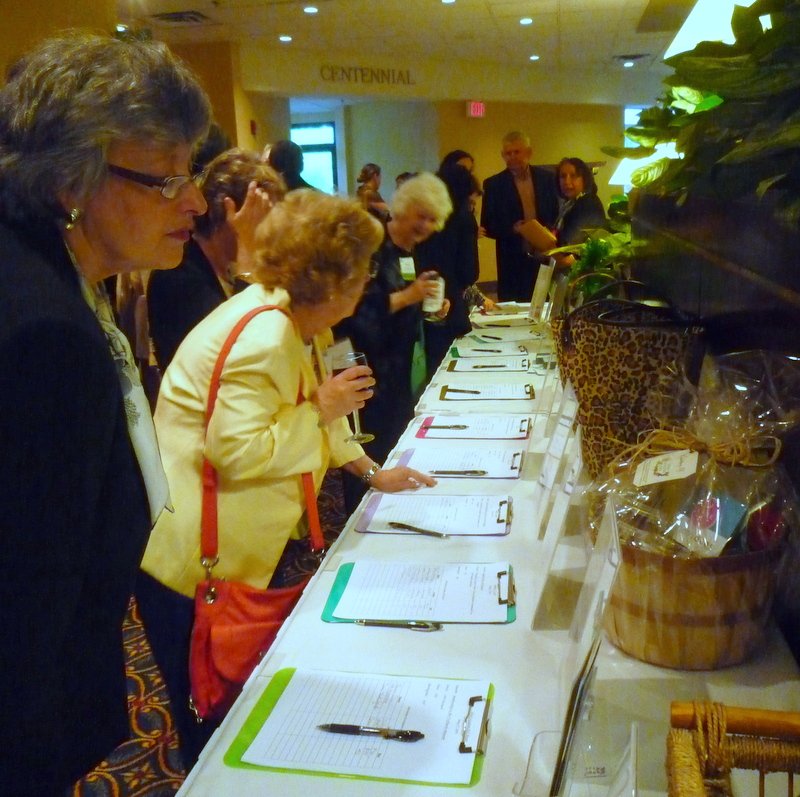 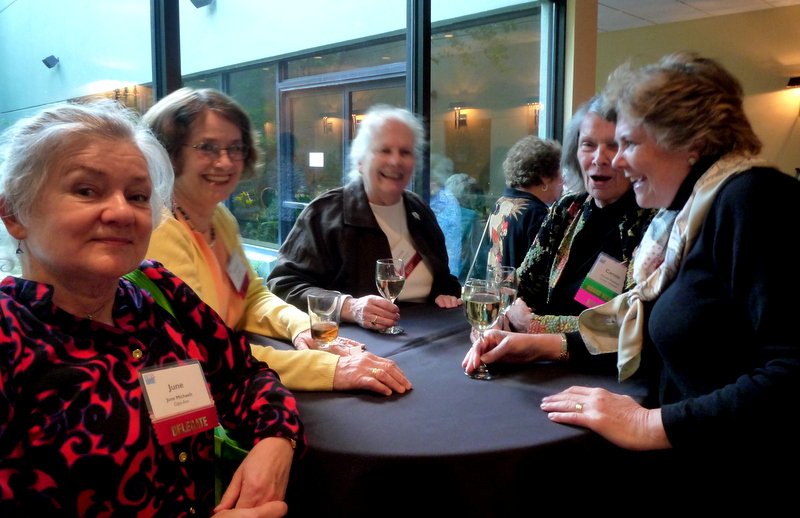 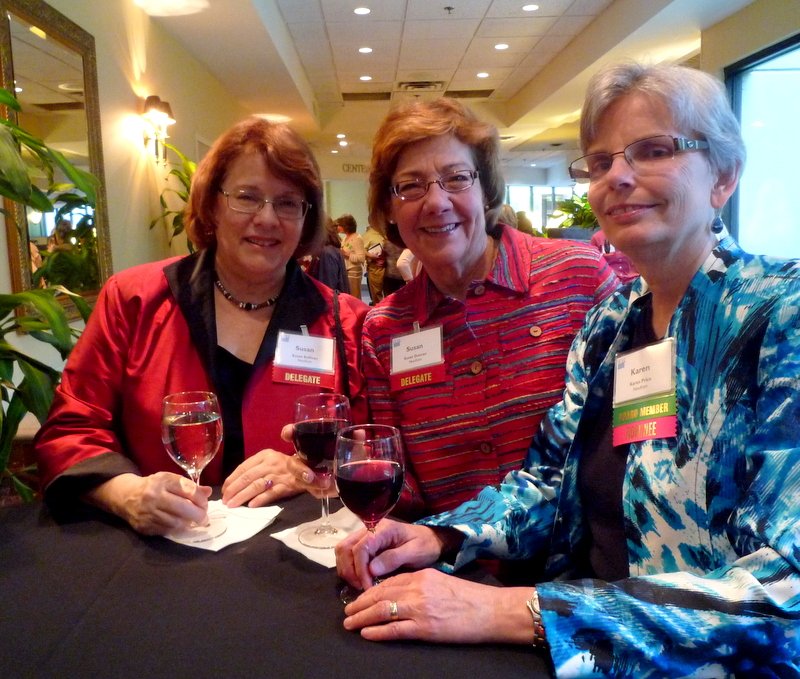 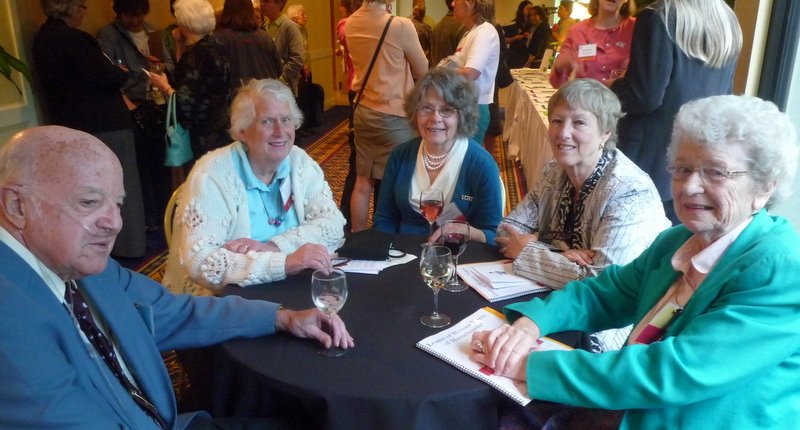 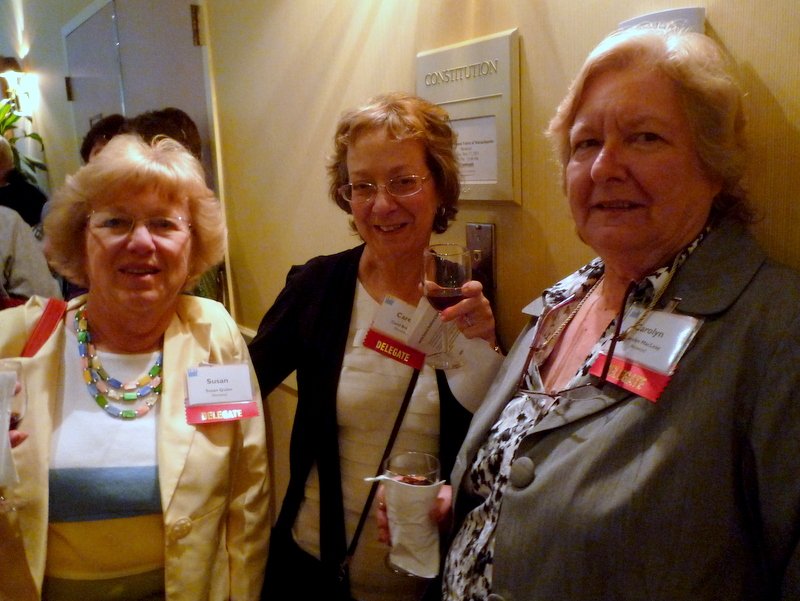 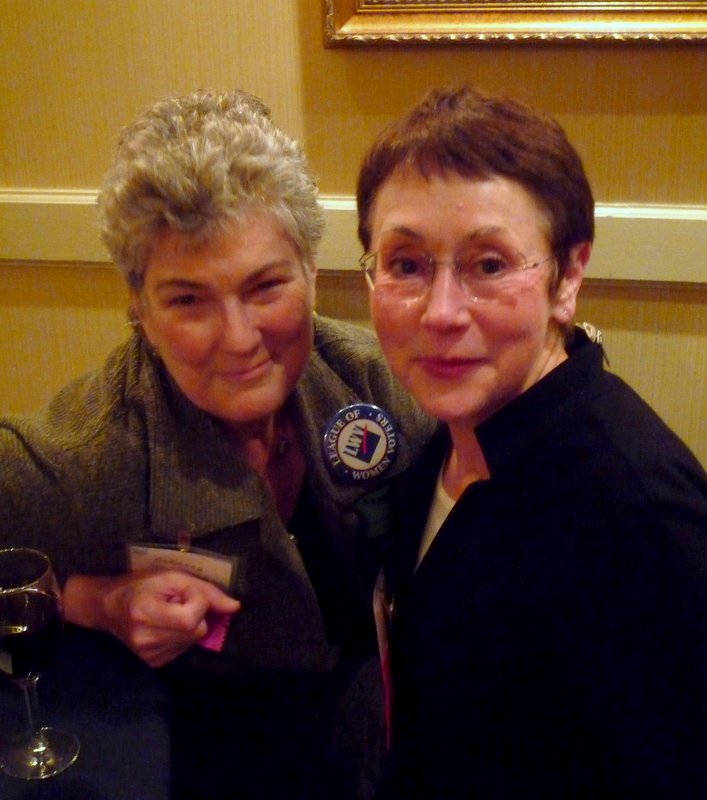 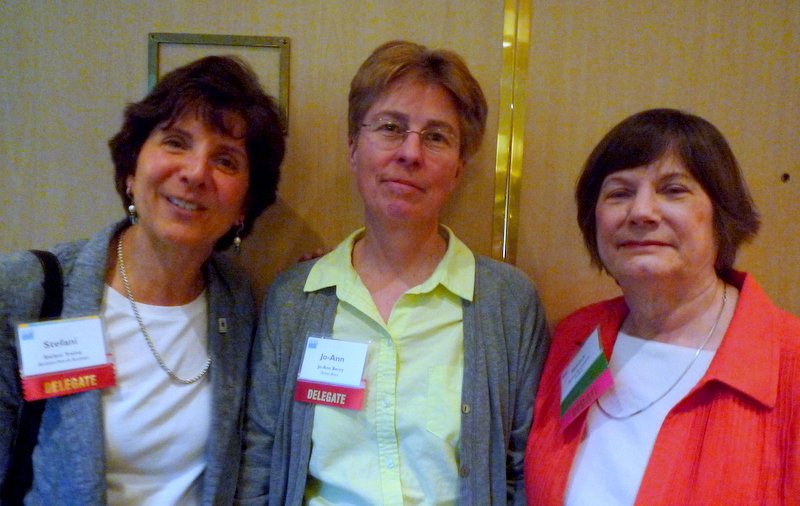 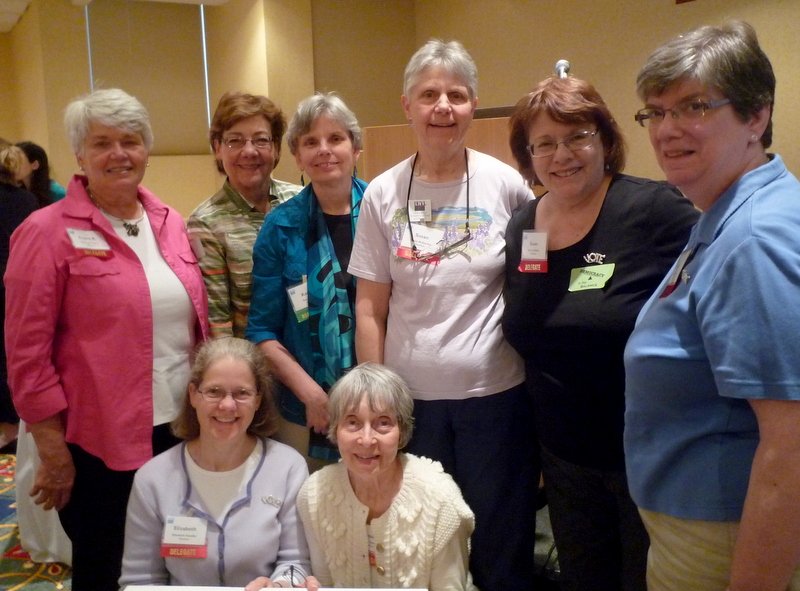 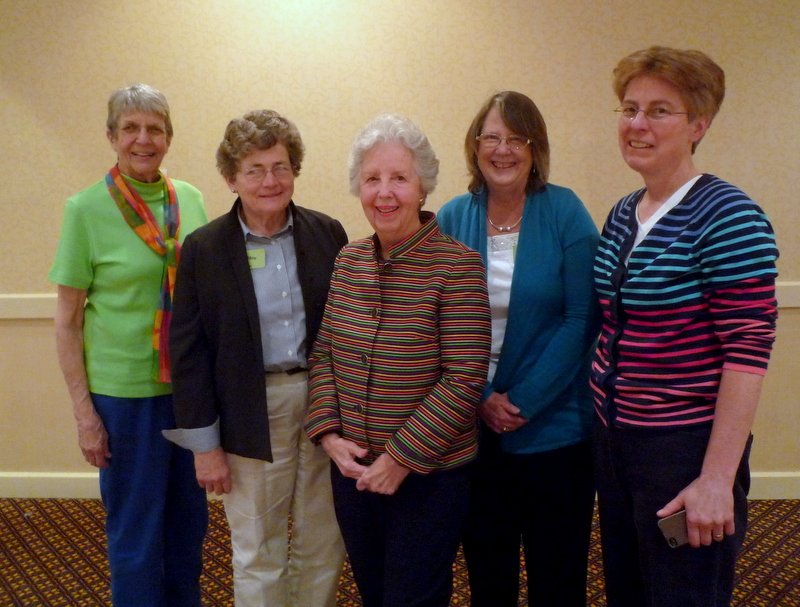 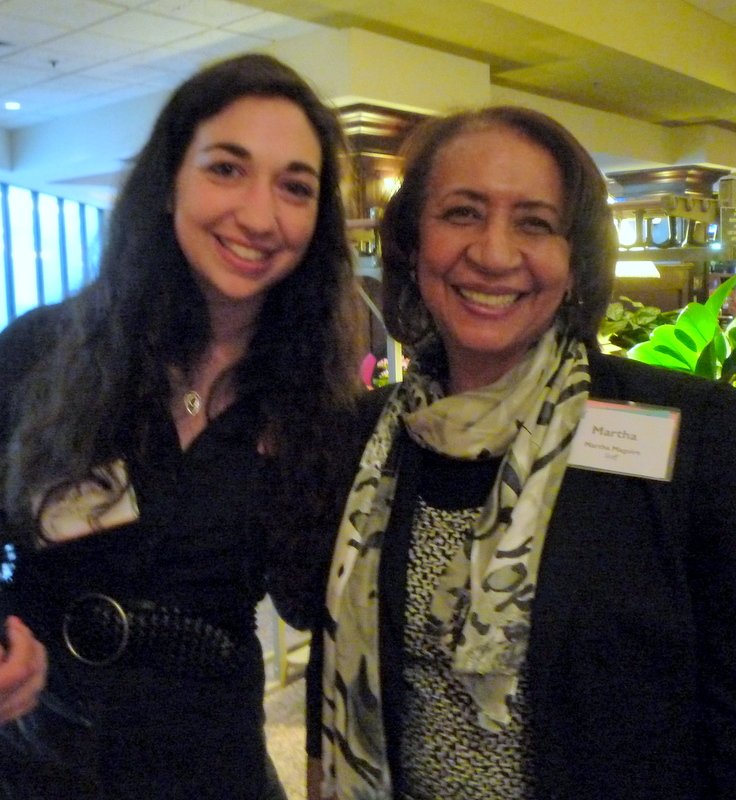 Election of Board of Directors

Nine workshops, led by League members, were held. Click on the workshop title to get materials from each workshop.

Two LWVMA Members Receive “Above and Beyond Award”

The LWVMA board of directors awarded two LWVMA members the Above and Beyond Award for outstanding contributions to the state League.

Erin Pastuszenski of Concord-Carlisle League was honored for her service as Chair of the 2011-13 Nominating Committee.

Ruth Race of the Topsfield-Boxford-Middleton League was honored for her many years of service as the Field Service Representative for the Merrimack Valley/North Shore region.

The League of Women Voters of Massachusetts approved an ambitious program of study and action for the next two years at its convention May 17-18 in Peabody. About 100 members of the League attended the convention for two days of workshops, speakers, and business meetings.

The following program and action priorities were approved:

A new study, “Massachusetts after Citizens United. SO WHAT DO WE DO NOW?” will consider whether or not the League’s existing campaign finance positions are adequate to meet the challenges of Citizens United and related recent Supreme Court decisions, and if not, what additional positions are needed.

LWVMA also adopted a new position on transportation by concurrence with the position of LWV of California. In brief, the position supports a transportation system to move people and goods which includes a variety of transportation modes, with emphasis on increased public transportation services and other viable alternatives to reduce vehicle miles traveled; is efficient, convenient, and cost effective; is safe and secure; serves all segments of the population and diverse geographic needs; minimizes harmful effects on the environment; is integrated with land use; and is supported by extensive public education.

LWVMA selected three areas for Action Priority. The state League and its local Leagues will seek opportunities to participate in action addressing these issues. Opportunities may include, but are not limited to, support or opposition of legislation at all levels of government, participating in approved coalitions, conducting issue forums, encouraging attendance at events and rallies, and lobbying officials.

Lastly, LWVMA will establish two review committees which should report back to the membership at Council 2014 to: