To reach a member of the Board email lwvma@lwvma.org.

Elizabeth Foster-Nolan, current President, served one year as a LWVMA Co-President and one year as a Director prior to becoming President July 1, 2021.  She joined the Weymouth LWV in 2010 and became a Member-at-Large when the Weymouth League disbanded. She is an experienced moderator for local and Congressional candidate nights and previously chaired/co-chaired the LWVMA Diversity, Equity and Inclusion Committee, was a member of the Voter Engagement Committee, and chaired the Moderator Training and Mentoring Sub-Committee. Read more…

Susan Millinger has lived in Shutesbury since 2008 and she joined the Amherst LWV in 2010. She was Publicity and Public Relations chair, 2012-2014; Editor of the electronic bulletin, 2016-2020; and on the Board, now Steering Committee, 2012-2014 and 2017 to the present. She was convener of the 2019-2020 Centennial Commemoration Committee, and is a member of the Sustainability and Climate Action Committee. Read more…

Marie Gauthier contacted LWVMA about starting a League of Women Voters of Franklin County in November 2016 and has served as its president since its founding as a Unit in January 2017. The Unit was recognized as an official local League on August 1, 2018 and has been a vibrant new League presence in Franklin County ever since. On the state level, Marie has served on the LWVMA Membership Steering Committee since November 2017. Read more…

Courtney Rau Rogers has been a member of the League of Women Voters since 2009 and is president of the LWV Norwood. Her local League has sponsored forums on the Community Preservation Act, Ranked Choice Voting, and local energy resources. They have also partnered with the Yes For Norwood Schools political action committee advocating for an operational override for the schools. Read more…

Tanya Roy completed her first year as a Director on the LWVMA Board and is now serving as Treasurer during the second year of her term. Tanya is a board member and Legislative Specialist for LWVMA, as well as a board member and Legislative Envoy for LWV of Wellesley. She also works with the Wellesley Students’ Aid Society, Community Fund for Wellesley, and the Wellesley ESL program. Read more…

Jo-Ann has been a LWV member since 1988 and a member of the Acton Area LWV since 1993. She co-chaired the After-School Child Care study (93-94), has held many and varied local board leadership and steering committee positions. On the state level, Jo-Ann served as a LWVMA Director and Scharfman Fund Trustee (07-09), was a member of the LWVMA Citizen Education Committee, and has been moderating candidate and issue forums for local and state offices since 2006. Read more… 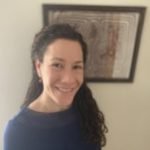 Jacquelyn (she/her/hers) is the Coordinator of the Lakes and Ponds Program for the City of Worcester Department of Sustainability and Resilience, where she works with community groups to monitor and manage local lakes and assets for recreation, economic development, and climate resilience. She has a BS in Biology from Duke University and moved to Worcester in 2013 to complete her MBA and MS in Environmental Science and Policy at Clark University. Read more…

Jen Goldman started her path in charity and non-profit work early on and was awarded the Good Citizenship Award in elementary school, the Humanitarian award in middle school, and President of Varsity Club and Honors Society in high school. She graduated with honors, went onto college to graduate early while working to help those less fortunate gain financial freedom. Read more…

Lois grew up in Kansas and received her BS degree from Kansas University.  After getting her degree, she spent the next 48 years working in elementary education. Lois also created an oral language program for preschool children, kindergarteners, and first graders. She got her Masters of Education in Reading from the University of New Hampshire. Read more…

Courtney Henderson is a political strategist, community leader and advocate for the youth in the South Shore area of Massachusetts. Since her move to Massachusetts back in 2016, Courtney has organized workshops for women with the Brockton Area Branch NAACP as well as organized symposiums and community events with the South Shore chapter of Sigma Gamma Rho Sorority, Inc. Read more… 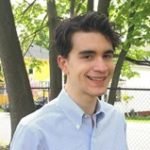 Josiah has served as an off-Board member of the LWVMA Governance, Nominating, and Resolutions Committees. He is also a very active member of the League of Women Voters of Greater Haverhill and was elected President in January 2022. He previously served for nearly two years as LWVGH’s Secretary after being elected as the youngest ofﬁcer and executive board member in League history in July 2019. He also served as Treasurer from July 2020 to February 2021. Read more… 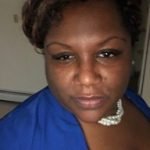 Melinda Murphy is an Educator of the Springﬁeld Virtual School, for the Springﬁeld Public School District. Although a transplant from Brooklyn, New York, she is a product of the Springﬁeld School System. Upon graduation from Central High School, she went on to receive a Bachelor of Science degree in Human Services from Springﬁeld College, and her Master of Science in Guidance and Counseling from Cambridge College. Read more… 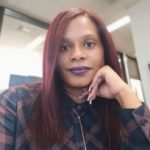 Sharon Rodriguez lives in the City of Chicopee. As a busy mom of two girls, Sharon’s main goal is to make sure her girls know they have a voice. Her main professional goal is to educate women, especially the ones that look like her, to know that their voices do matter, and that they are truly stronger than what they believe. Read more… 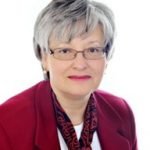 Eva Valentine has dedicated her professional and leadership talents to the League of Women Voters over the years. Eva ﬁrst formed and served as president of the LWV of Greater Haverhill, joined the State Board as Treasurer and then was elected President of LWVMA in 2011. Read more… 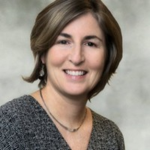 Pattye joined LWVMA in November of 2019. She comes to LWVMA after seven years as Executive Director of the Women’s Bar Association and the Women’s Bar Foundation of Massachusetts. Pattye began her legal career as in-house counsel to the National Association of State Public Interest Research Groups (PIRGs) where, among other things, she was responsible for maintaining First Amendment access for the PIRGs political canvassers throughout the U.S. She also worked at the Massachusetts Legal Assistance Corporation as the Director of the Equal Justice Coalition, building support among the private bar for access to justice through increased funding for civil legal aid programs in Massachusetts. She is an experienced community organizer having worked with tenants in Boston’s public housing developments as well as with low-income tenants in Lowell. Pattye is a graduate of Boston College and Northeastern University School of Law. 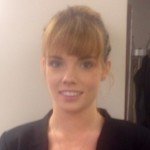 Brynne Gorman joined LWVMA in April of 2014. Prior to joining LWVMA Brynne served in Data Governance at Covidien. Previously, Brynne managed the office of Business Network International and interned on a congressional campaign in the 2012 election. Brynne holds a B.A. in Political Science from the University of Massachusetts Dartmouth. 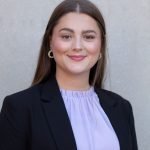 Lily is a recent graduate from the University of Dayton, where she received a B.A. in Criminal Justice Studies and Sociology while completing minors in English, Political Science, and Women’s & Gender Studies. She worked in the University of Dayton’s Office of Recruitment and Admission as a Student Service Representative for 2 years. During her undergraduate career she also served as the Chief of Staff for her Student Government Association and was a member of numerous organizations such as Students Advocating for Gender Equity. Lily has previously been a Political Research Associate Intern for a non-profit organization called Vote Smart as well as a Prosecutor’s Office Intern in the Euclid Municipal Court’s Law Office. 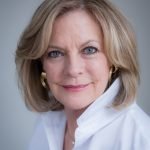 Susan joined the LWVMA as Director of Development February, 2022. She comes to LWVMA with 30 years of experience in senior-level nonprofit management supporting under-resourced communities in health and human services, the arts, hospitals, health care and advocacy. Her success included building equity and inclusion through the power of communication, education, and volunteerism. Susan’s areas of expertise include; annual corporate sponsorships, major and planned gifts, capital and endowment campaigns, event management and memberships. In addition, she has experience in marketing, communication, and branding strategies. Susan earned a Bachelor of Arts degree in Public Relations/Marketing from Ashford University.

To reach any of the legislative specialists, email specialists@lwvma.org