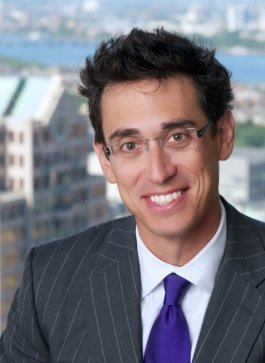 Occupation: Candidate for Governor of Massachusetts

Question: How would you spur economic development and job creation throughout the state?

I have proposed a modern, pro-growth agenda. More money in people’s pockets drives growth.  The skyrocketing cost of living stands in the way, driven by high costs for healthcare and housing.  My plan is to attack the underlying causes of these problems.

First, we must stop the monopolistic practices of hospitals. They increase prices as they see fit and cost everyone dearly. My plan is to establish an all-payer fee schedule that incentivizes hospitals to keep people well, rather than treat them when they are sick.  By eliminating just 5% of wasted hospital expense we save $2 billion a year.

Second, we must kick-start our housing market by aligning the interests of cities and towns with the private sector to produce more housing. To do this, we must empower municipalities by appropriately funding local aid, and providing the tools and supports needed to implement smart growth housing production plans.  This is the foundation for sustained growth.

Third, we must perform a line-by-line review of our state budget and local mandates. Money should be re-allocated to education, job training, infrastructure and other priorities.  There is tremendous opportunity in Massachusetts if we remove the barriers in its way.

Question: What are your priorities in education?

As a parent of three kids in the public schools, a key priority is to fund schools properly. The state’s support for cities and towns has lagged behind the increasing cost for education – and not just in obvious areas like healthcare costs.

Educating a child in the second decade of the 21st century is significantly different than it was when the state’s formula for education – Chapter 70 – was created in the 1990s.  It is time to update that formula to reflect modern times.  We must also recognize and act on continuing racial disparities in the educational system.

Second, students must meet critical language development goals by third grade. As Governor, I will work to implement and fund universal pre-Kindergarten, as well as the workforce training teachers will need.

Finally, we stand at an important crossroads.  As Governor, I would convene a visionary group – including teachers, parents, students, academics, union groups and others – to determine what an educational system would look like that was modern, highly functioning, and student-centric.  For the economy of this century, and the next, students must be creative, resilient, problem-solvers, with grit and determination.  Our education system must be designed to produce those outcomes.

Question: What would be your two transportation project priorities and why?

The top priority is to reverse the policy of deferred maintenance that has left us with a substantial amount of deficient infrastructure, and which puts government in a position where it must govern by crisis once something fails. The state must operate on the basis of a serious, long-term vision and financing plan.

Second, we must leverage public investments in infrastructure with private investments in housing and community development.  For example, South Coast Rail must be built, and we have a responsibility to make sure that the communities along the rail line have the resources they need to develop housing and commercial districts based on smart growth.  Likewise in the Springfield area, there is a similar opportunity to leverage public investment in the commuter rail connection to Hartford.

Finally, it’s important to keep in mind that transportation cannot be viewed in a vacuum. It is critical to view transportation investment priorities in the broader context of housing, land use, transportation and environmental protection.  State policy must be geared towards aligning the interests of cities and towns and the private sector with the public interest of smart growth. My campaign’s Thriving Communities Action Plan can be found on our website, falchuk2014.org.

Question: Should Massachusetts take steps in response to climate change, and, if so, what steps would you recommend?

Yes, and it is urgent that we do so, given the reality of climate change. We must harden our infrastructure to ensure it is resilient enough to withstand stronger and more frequent storms, as well as other natural – and man-made – disasters.

Second, we must reduce our reliance on fossil fuels – particularly natural gas – by pursuing aggressive goals to generate more than 25% of the state’s energy from renewable sources by 2020. A diverse mix of energy sources – such as wind and solar – is a critical part of responsible planning given the environmental, political and other uncertainties this century brings.

Third, smart growth initiatives for mixed-use, walkable communities close to transit – tied to the increases in education funding and supports to cities and towns that will make it possible to implement and zone for such smart growth areas – is a meaningful and strategic approach to the problem of climate change.  As transportation is one of the largest contributors to CO2 emissions in Massachusetts, developing communities that are less reliant on automobiles is an important part of this strategy.

Question: Within the framework of the Affordable Care Act, how would you improve health care in Massachusetts?

We must reduce the cost of healthcare by stopping continuing monopolistic, market-distorting practices of hospitals. They increase their prices as they see fit and cost everyone dearly in the form of ever-rising healthcare costs. The negative cycle of a highly consolidated insurance industry negotiating prices with an increasingly consolidated hospital industry is hurting consumers, businesses and the government, as well as impacting the quality of care.

An equitable fee schedule that applies to all hospitals, and which would create incentives for hospitals to keep people well, rather than treating them when they are sick, would eliminate unnecessary medical expense.  Reducing waste in hospitals by only 5% saves $2 billion a year.  More broadly we must fix a system that is starving doctors – and other caregivers – and their patients of the time they need for effective care.

It is also critical to investing in public health, given the large amounts of money spent on preventable illness. This includes launching a modern, public health campaign to educate people on ways to prevent chronic illness, and which should be consistent with existing efforts by employers, municipalities, medical providers on this important priority.