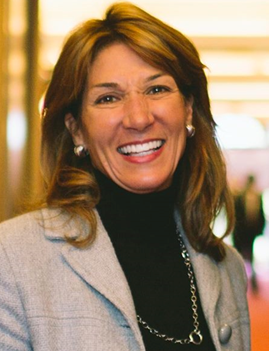 The role of the Lieutenant Governor is to be a partner with the Governor in advancing and promoting policies to strengthen our Commonwealth and support our citizens.   Charlie Baker and I have that partnership, and are ready to get to work.

Through my five terms in the legislature working for lower taxes, controlled spending and fighting for women and children with policies like “Jessica’s Law,” I learned the value of working in a bipartisan manner to find and implement the best ideas to solve problems.  That is the same approach Charlie and I will bring to Beacon Hill, where we will challenge the status quo.

Charlie and I have both served in town government and recognize the Lieutenant Governor can play an important role as an ambassador to our communities.  Under the last eight years of one party rule our cities and towns have seen cuts in funding that have led to increases in property taxes, and cuts to important public services like police, fire and education.  Charlie and I have offered a “Community Contract,” where we have pledged to increase local aid commensurate with increases in state revenue – we are the only candidates to have made this promise.

As a mom, small businesswoman and longtime member of the Shrewsbury League of Women Voters I have a deep interest in issues that affect women, children and families.  I would like to chair a council of women community & business leaders with a mission of empowering women through economic and personal security – engaging educators, domestic violence advocacy groups, labor and business leaders.  A strong education and economic security lay the groundwork for our women and families to succeed.

I would also seek to lead a regional municipal and business leadership council of city and town officials and business leaders with a mission of establishing regional economic development plans for growing local jobs and local tax bases through identifying infrastructure and housing needs and creating partnerships with employers.  Our cities and towns have suffered under one-party rule and Charlie Baker and I aim to give them the resources and voice at the table they need to make our communities great.

The Governor’s Council provides an important check and balance on the executive branch.  As we have seen after eight years of one-party rule, our state government is sorely in need of balance.  Recent scandals like the one we see emerging from the Probation department makes me wary to hand these functions to the legislature, which all too often appears motivated by partisanship and politics.

I would oppose abolishing the Governor’s Council to keep this important check and balance in place.