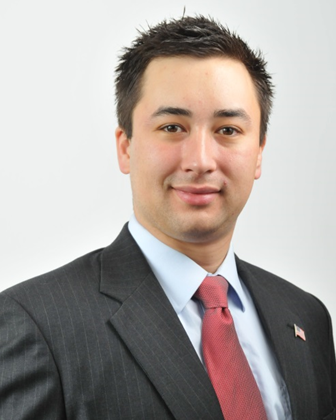 What I propose is that the LG serve a truly number 2 position as Chief Operating Officer of the Commonwealth.

The position of a COO is forward-focused. I’ve been entrepreneurial my entire career – the idea of having a platform, a budget, a staff, and being limited only by my creativity and willingness to work hard is why I chose to run for Lieutenant Governor. The Governor has to worry about managing a lot of problems, from fixing potholes on the turnpike to fixing deficiencies in agencies. The Lt Governor has the freedom to build grassroots support for issues of long-term importance to the Commonwealth – both at the local level and within the administration. I see the opportunity to work with local leaders, mayors, managers, cities and towns towards the common goal of building one Commonwealth that creates opportunity for every resident as excitingly unequaled.

If that had been done over the past couple years perhaps the Governor’s more ambitious proposals would have made it through.  It is also what the Commonwealth needs to compete globally in the economy of tomorrow.  Providing every resident with safe streets, quality education, modern infrastructure, actual equality, and opportunities for careers, not just jobs.

Massachusetts has over a dozen state, private, non-profit and academic agencies that focus on economic development. Decentralization like this leads to a loss of focus, a lack of direction, and the kind of largess that leads to casinos being considered as anchors of economic development. As Lieutenant Governor, I would ask to be appointed to each of these boards. I would convene a meeting of representatives from all of these groups to a single board to move Massachusetts forward. The goal would be to not only increase communication and collaboration across all of these agencies and groups, but also to push for more unity of purpose and cohesion among the groups.

The answer is providing opportunity and access to careers, not just jobs, for every resident.

The Governor’s Council is an antiquated vestige from our colonial days that has become a waste of taxpayer money. It has failed in its duty to provide a sensible check on gubernatorial appointments and has become more of a political body than a dispassionate review board for judicial nominees.

My first interaction with the Council was advocating for the appointment of the first Asian-American woman to our Supreme Judicial Court when she was being held up not based on capability, but prejudice.

Candidates for the bench are challenged, hazed, and sometimes rejected not on the basis of their legal abilities or their qualifications, but over political posturing.  Additionally, even well-informed, civic-minded citizens are often at a loss to explain what the Governor’s Council does or who they are.  Huge districts, low-dollar campaigns and obscure responsibilities mean elections for seats on this body don’t represent the will of the people as much as they do status quo bias.  Instead, I propose that the state Senate take on the role of vetting and confirming judicial nominees- first by hearings and a vote via the Senate Judiciary Committee, and, assuming the Judiciary Committee passes the nominee, by a full vote of the Senate.