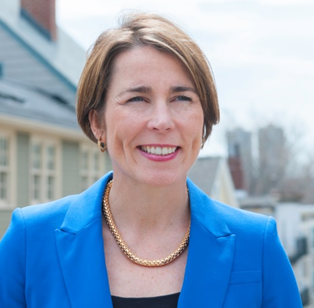 As the former head of the Attorney General’s Public Protection & Advocacy Bureau, I bring both a concrete vision for consumer protection and extensive experience enforcing financial regulations and consumer protection laws. I led successful lawsuits against big banks and mortgage brokers to stop unfair lending practices. The HomeCorps program that I helped create and oversaw has saved almost 1,000 homeowners from foreclosure.

I know how to serve as an effective advocate for consumers. I will take on online payday lenders and predatory debt collectors that target low-income residents with deceptive and abusive deals and services.  After years of building cases against financial institutions for abusing Massachusetts residents, I have the experience to lead an office that stops predatory “reverse mortgage” lending to seniors and shuts down abusive for-profit schools and loan servicers that target single mothers, veterans, young immigrants and low-income students.

I have put forward aggressive plans to continue the Attorney General’s work protecting consumers and I am proud of our track record of standing up for distressed homeowners and all consumers. This will be one of my top priorities as Attorney General.

The most pressing issue is the lack of leadership on much needed immigration reform.  As Attorney General, I will work here and with other state AGs to push for reform. I strongly support Governor Patrick’s offer to support unaccompanied children fleeing violence in Central America.

I support driver’s licenses and in-state tuition for all residents and will advocate for needed support for English-language learners in school.

Two core responsibilities for the Attorney General are building trust with law enforcement and protecting the civil rights of immigrants.

Immigrant communities are especially vulnerable to crimes like domestic and sexual violence, labor exploitation, and human trafficking. I have put forward an aggressive plan to better serve all victims of sexual and domestic violence and use our new human trafficking law and other laws to protect immigrants from labor and sex exploitation.

I will also advocate for reform of the federal Secure Communities program, which has exacerbated problems of trust in immigrant communities.

As Attorney General, I will use every authority of the office to address the destructive and painful effects of gun violence.  My comprehensive plan to reduce gun violence calls for strengthening our background check systems and deploying new resources and data-sharing to shut down gun trafficking. It also focuses on addressing root causes of violence – directing resources to at-risk youth and families, improving mental health services, and using technology and planning to make communities, schools and weapons safer.

As AG, I will work to get illegal guns off the streets by partnering with state and local law enforcement to trace every single gun used in a crime in Massachusetts. I plan to create a National Association of Attorneys General Task Force on Gun Trafficking to share gun trafficking data nationwide. I will also lead efforts to direct resources to families dealing with gun violence.

The next Attorney General must help implement the new gun violence reduction law, which closes background check loopholes and helps keep guns out of the hands of those who pose a risk to themselves and others. I will take on that responsibility and continue to advocate for additional reforms and resources to make our communities safe.