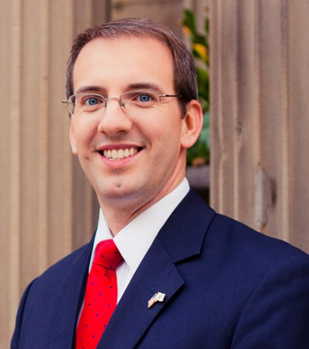 My vision for a 21st Century Lt. Governor’s Office is to serve as the liaison in the administration for cities and towns, allowing them to have direct access to state government, to work with our next Governor to identify areas of investment and to find the resources necessary to put solutions into action. I will work with our municipal leaders to make sure each community has a role in our statewide economic development strategy. I will also continue the efforts started by Governor Deval Patrick and Lt. Governor Tim Murray to identify and eliminate needless regulations, making it easier for new business to locate, start, or stay in Massachusetts.

Additionally, my vision for a 21st Century Lt. Governor’s office is to be the liaison for out-of-state or international business interested in bringing new jobs, economic opportunity, and investment to  Massachusetts. I will serve to champion Massachusetts as the best place in America for businesses to locate an office or headquarters. As the only candidate with the relevant experience at the local, state, national, and international levels, I will bring a 21st century purpose and value to the Lt. Governor’s Office and the next administration.

I would choose homelessness and economic development.  My vision for the office is that of a Chief Marketing Officer that would ensure Massachusetts’ ability to compete in the global economy. Specifically focused on job creation and economic opportunity.

I also believe that education is the key to workforce development.  More than twenty five thousand children are currently on the waitlist for pre-K, putting them behind children with access to such programs.  This is why I am committed to universal pre-k. I support increased funding for early education and early intervention programs.  Higher Ed costs continue to skyrocket and as a result, college is out of reach for low-income students or a huge long-lasting financial burden.  Unless we fix this problem we will increase, rather than decrease, the income divide in Massachusetts.

Tonight, more than 4,000 families are homeless, 29% of which have a working adult and more than 20,000 children will be homeless this year.  A minimum wage earner must work at least 3 full time jobs in order to raise a family here. We have an obligation to create jobs that pay a livable wage.

I do not believe we should abolish the Governor’s Council. Abolishing the Governor’s Council requires a constitutional amendment that would involve significant effort.  As Lieutenant Governor, I will focus such efforts on tackling issues that affect Massachusetts like homelessness, education, transportation and job creation.