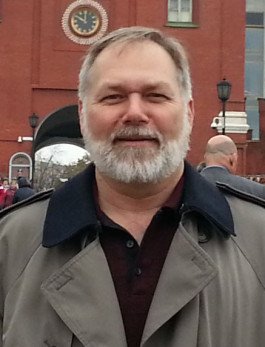 Question: How would you spur economic development and job creation throughout the state?

A healthy economy is the product of a healthy society. Massachusetts is suffering the consequences of a culture of patronage and cronyism in government that infects both major parties.  The controlling political elites in Boston operate a corrupt system, fraught with waste, fraud and abuse.  The citizens are over-taxed, over-regulated and increasingly treated like children or serfs whose most important decisions must be made by bureaucrats.  If we restore the culture of personal freedom, in which government operates under limited powers delegated to it by the people, then entrepreneurialism and “Yankee Ingenuity” will restore our common wealth.

I am a constitutional law attorney who left a lucrative law practice in Southern California to serve as a pastor and missionary in inner-city Springfield.  I am immune from the lure of financial corruption and driven by the same deeply cherished principles that guided prior generations of Bay-Staters.  If elected governor I will eliminate cronyism, re-institute a merit-based employee culture, streamline government, champion localism, roll-back the welfare state, revive manufacturing, and work to restore strong families and traditional values throughout the commonwealth.  These measures will naturally result in a healthier society which will create its own jobs.

Question: What are your priorities in education?

The most important factor in education is parental involvement. The more that  parents take responsibility for the education of their children the better the result.  Conversely, the more that parents defer to government to raise their children, the worse the result.  I would create an educational voucher system to give parents the greatest possible control, and prioritize educational funds to support in order of priority home-schooling, private religious and secular community-based day-schools, charter schools and lastly government schools.

In the government schools I would streamline our educational bureaucracy to free funding for more teachers to reduce class sizes and increase personal attention to students.  I would also promote a “cohort” approach in which groups of students stay together through all the classes of the core curriculum and operate more like a family.

I would create a visiting teaching program to instruct and assist inner-city welfare-dependent families to homeschool their children, allowing these parents to use educational vouchers to teach their own children: both to strengthen family bonds against the lure of antisocial conduct such as gang membership and to build self-esteem and the future employment prospects of parents.

Question: What would be your two transportation project priorities and why?

#1 I would keep the promises made by the government in the 1970s to stop collecting tolls from motorists once those highway construction projects were paid off.  Citizens should not have to pay a toll to use their own roads.  I would end the tolls and remove the tollbooths, providing an added benefit of substantially reducing road congestion at peak traffic times.

#2.  I would require government contractors to stay within their original bids in transportation infrastructure projects.  Cost overruns should be covered by contractor bonds, not taxpayers, and the cost for those bonds should be part of the bid.  Over time this change would reward the best contractors and penalize the worst to the great benefit of the taxpaying public, and turn the bonding-insurance providers into efficiency-watchdogs.

Question: Should Massachusetts take steps in response to climate change, and, if so, what steps would you recommend?

According to my research, “global warming” which for marketing purposes is now being called “climate change,” is a phenomenon influenced primarily by the sun, not human industry or carbon emissions. The effort to create a global regulatory system on the “climate change” theme is a scheme of Marxist elitists that violates American sovereignty and paves the way for a new system of global taxation to support their vision of a centralized global government.

That said, I am greatly interested in improving air quality and support all reasonable efforts to reduce airborne pollutants. We can accomplish that goal without buying in to the nefarious “global warming” agenda.

Question: Within the framework of the Affordable Care Act, how would you improve health care in Massachusetts?

Over 12 years and three minor hospitalizations ago I joined a non-profit risk pool that today costs me about $185 per month. I have no limitations on doctors or hospitals, and directly contract for any services that I need.  I have been reimbursed 100% after each medical procedure.  Every month  I send my check directly to another family to help them pay their medical bills and I pay nothing extra above actual costs to enrich insurance company shareholders or to pour into the bottomless pit of “Romney/Obama-care.”

Best of all is the downward pressure such systems put on costs because consumers become stakeholders again, with a strong incentive to bargain for health care services, and to live more health conscious lives.   In contrast insurance companies and socialized medicine schemes are third-party payers who can only limit costs by limiting consumer control over their own health care decisions.

Non-profit risk pools are allowed under the Affordable Care Act and I will work to make such plans available to all Massachusetts residents.