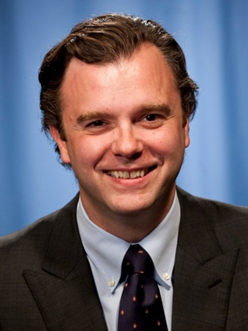 My first priority as Lieutenant Governor would be to support the Governor and support his or her agenda and the initiatives of the administration.  I plan to use the office to make sure Massachusetts keeps pace with the rest of the country and the world—that our economy grows to its fullest potential and we are able to maintain the quality of life we all want for our families.

I also believe the Lieutenant Governor’s office can and should be a first stop for communication from citizens, businesses and others with problems or concerns about state government—where they can to only air those issues, but also get answers and solutions.  As those who have worked with me know, when you all with a problem, I won’t give up until it is solved and the job is done.

But what I really plan to do as Lieutenant Governor is what I have done throughout my career—bring people together to solve problems.  I won’t be tied to Beacon Hill—but will be out in communities, visiting state offices and other workplaces and listening to workers to hear firsthand how we are doing and what we can do better.

My first act would be to ask the Governor to allow me to chair a Commonwealth Competitiveness Council.  Under my plan, the Council would convene people from all areas of life in Massachusetts to determine how we can best grow our economy and improve our quality of life.  The Council would produce specific proposals that will make the Commonwealth more competitive nationally and globally, help businesses grow here, attract new businesses to locate here, and help workers and families better afford to live, thrive and enjoy a higher quality of life.  Among the issues the Council would explore would be our state tax structure, government tax incentives, our education system from early education to public higher education, income inequality, worker training, transportation and infrastructure, and arts and culture.

As part of that effort, and to ensure that state budget dollars are being correctly directed towards our most pressing needs, I would also seek to head a Government Efficiency Initiative to review state government from top to bottom.  Be eliminating outdated corporate tax incentives and finding efficiencies across government, we can maximize those programs that have the greatest impact on those in need.

I do not believe the Governor’s Council should be abolished.  We should always explore ways in which to make the process by which we review and confirm judicial appointments as efficient and fair as possible.  However, in the absence of any compelling evidence that handing these responsibilities over to the Legislature would result in marked improvements to the quality of judges and, in turn, to the judicial system itself, I would not throw out an institution enshrined in our state constitution and that dates back to the origins of that document and our Commonwealth.

In many respects the idea that eight Councillors elected by the voters will interview, scrutinize and then vote on judicial and certain other appointments, with the Lieutenant Governor breaking any ties, makes the process transparent and accountable to the voters.  Also, it is worth noting that whenever voters have problems with the performance of the Governor’s Council, they have the ultimate say, as Governors Councillors are on the ballot every two years.