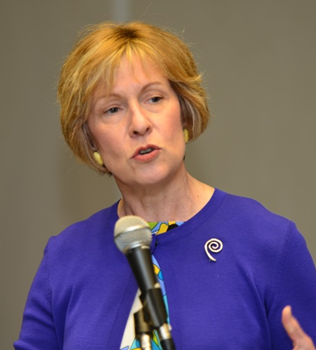 Question: What do you consider to be the chief role of the Auditor—to detect fraud, to assess effectiveness, or something else?

The role of the State Auditor is to hold state government accountable for its spending decisions and its service to the public. The office’s statutory mandate (M.G.L. c. 11, sec. 12) gives equal emphasis to examining spending and evaluating operations. Taxpayers and all who use government services benefit from the work of an objective and independent state auditor.

I am the public’s advocate for government that is more effective, more efficient, more accountable and more transparent.

Question: What would be your top two priorities as Auditor?

One priority is to establish the office as a national leader in government auditing excellence and innovation. Already, I have transformed an office which failed a national peer review in 2011 into an organization which received in this year’s review the highest possible rating. I accomplished this through a complete overhaul of policies and procedures, investments in training and technology, and the establishment of new performance standards for audit staff. We are also quickly becoming a national leader in our use of data analytics to identify questionable patterns of spending and service delivery, and we have presented our innovations to auditors from other states and the federal government.

My other priority is to use these capabilities to examine at even greater depth how well current laws and programs serve the public. For example, in 2011 my office identified more than $2 billion worth of business tax incentives, credits, exemptions, and deductions for which there is no direct oversight and no measure of success. I am now seeking access to business tax returns to determine whether the benefits to businesses are also producing benefits, like jobs, to the public.

Question: How can the state better oversee the awarding and execution of major contracts to avoid such problems as the failed Health Connector website and the Department of Revenue’s faulty system?

Accountability must be an active front-end function within government, not just an acknowledgement that a system has failed. That means setting the right tone at the top, staffing agencies with competent professionals, providing the resources to do the job right, and holding agencies and contractors to specific performance standards. While it is too early to make conclusions as to causes to the specific problems you cite, my audit work over the past 3 ½ years reveals that many agencies are ill-equipped to manage these large projects. The centralization of IT planning, funding and implementation which has been taking place under the Governor’s Executive Order should help.

There is much still to be learned from recent failures in the introduction of new technologies. The reviews now taking place of the design, contracting and construction processes that were used will no doubt lead to new standards in all these areas, and the office of the State Auditor will be ensuring compliance with them and recommending changes as needed.