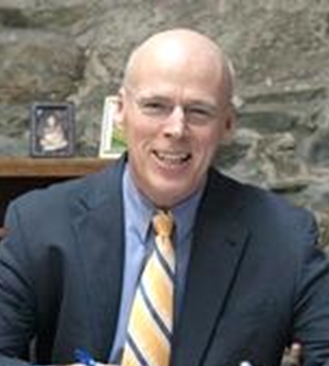 As Attorney General, I will aggressively enforce laws and regulations protecting consumers from unfair and deceptive practices by finance companies, payday lenders, money transmitters, mortgage companies, banks and others in financial services. With the return of sub-prime lending and the continuation of tight credit practices, we need continued vigilance. I will seek to add resources to divisions that go after violators and I will prosecute discriminatory lending practices. I will also work with federal watchdogs to protect Massachusetts from financial scams and utilize new strategies to investigate fraud.

I pledge to keep families in their homes, which strengthens our communities. I will aggressively enforce new state laws assisting borrowers seeking a loan modification, preventing unnecessary foreclosures. Lenders must demonstrate that it costs more to modify a loan before seeking foreclosure and I will bring the full artillery of our state law against violators to obtain strong injunctions, restitution for consumers, and civil penalties.

I have pledged to be a staunch advocate for consumers and I have pledged to be the neighborhood Attorney General, protecting those who are most at risk from scams, including communities of color, seniors, and low income residents. You can read more about my plan at warrentolman.com/urban-agenda.

Immigration remains a challenging issue for the Commonwealth, further compounded by Gov. Deval Patrick’s humanitarian decision to shelter migrant children in our state. As Attorney General, I will support immigrant communities so they know that they have an advocate fighting for them. I will fight for paid sick time and I supported the recent increase in the minimum wage. I will ensure immigrants and their families are protected from scams such as the unauthorized practice of immigration law and false foreclosure relief schemes. I will work to build relationships between immigrant communities and law enforcement so that residents feel comfortable working with authorities to keep our communities safe. I will advocate for legislation that limits Secure Communities to targeting violent and dangerous offenders as well as legislation allowing immigrants to obtain driver’s licenses.

I will also advocate for legislation to provide in-state tuition for immigrants brought to the United States as children who graduate from Massachusetts high schools and are on a path toward citizenship. I will ensure that staff are trained and represent varied backgrounds to handle multilingual complaints so that every person, regardless of the language they speak, has an advocate in the Attorney General’s Office.

While most people would agree that a comprehensive approach is warranted, the Attorney General has unique powers in this area. In fact, there are existing regulations on guns, issued by the Attorney General and upheld by the Supreme Judicial Court, which can be updated to finally unleash “smart gun technology” in the U.S. This technology, developed by a Massachusetts company 14 years ago, is available in Europe but not in the U.S. I am the only candidate in this race willing to mandate smart gun technology on new guns sold in the Commonwealth. This technology prevents anyone other than a gun’s owners from pulling the trigger. It is a common-sense safety device, but the NRA has fought vehemently against its implementation. As Attorney General, I will require this technology and take on the NRA because we cannot wait any longer to take steps to prevent gun violence. As a sponsor of the 1998 Assault Weapon Ban, I know from experience how to take on the NRA and win.

Implementing smart gun technology is part of my comprehensive plan to reduce gun violence and promote public safety. My plan is available on my website at www.warrentolman.com/smartguns.