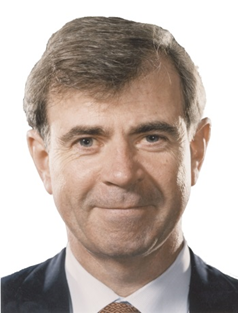 Candidate for: Secretary of State

Occupation: Secretary of the Commonwealth of Massachusetts

Question: What is your position on Election Day voter registration?

I support Election Day voter registration provided that each precinct (in Massachusetts we have 2175 precincts) have direct and secure on-line access to the Central Voter Registry which has all existing voter records for every city and town in Massachusetts.  With that in place, we could be assured that it would be impossible for a voter to have more than one registration at a time.  I also believe it would be important to have a separate check-in table at each polling place for same day registrants so as not to delay or impede those who are already registered from voting.

Question: What major issues does Massachusetts face in securities fraud, and what can the Secretary of the Commonwealth do about them?

Among the many issues that Massachusetts citizens have in the areas of securities and financial services is an increase fraud by “ponzi” schemes.  My office has been aggressive in rooting out these enterprises.  Already this year we have sued TelexFree which we allege duped many investors of as much as 90 million dollars.  I have been able to return over 150 million dollars to defrauded investors here in Massachusetts.

Another area of great concern is the loose regulation of employers who offer 401K matches, which most of our citizens rely upon for retirement.  I am working to provide greater transparency for 401K plan participants so as to empower their decisions.

I am proud that during my administration Massachusetts has been a nationally recognized leader in investor protection.

Question: Part of the Secretary’s job is maintenance of public records and storage of historical data. What will be your policy for making these records available and accessible to the public?

As State Secretary and Chair of the Massachusetts Historical Commission, I have championed making our historic documents accessible.  In fact, for the first time in our history I established a permanent exhibit of our founding documents at the Commonwealth Museum.  This exhibition was funded largely by private donations.  In addition, I have sought and obtained various financial grants to assist our cities and towns preserve and protect their historic public records.