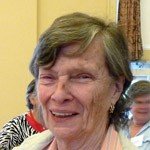 Carole Pelchat has served on the LWVMA board as legislative director (2006-2007), as vice president and chair of the Program and Action Committee (2007-2013), and currently as legislative director.  She became a League member initially in the Andover/North Andover League.  With that League’s support, she became a founding member of the LWV of Greater Haverhill, where she has served as president and currently serves as Voter Service chair.

Carole currently serves on the boards of Friends of the Haverhill Public library, where she regularly volunteers, and Soroptimist International of America.