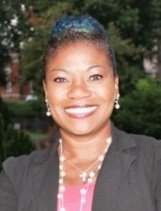 Hartell Johnson is in the second year of a two year term as a LWVMA Director. This past year she served on the LWVMA Development and 100th Anniversary Committees as she completed her Masters in Gender, Leadership, and Public Policy at the UMass Boston, McCormack Graduate School of Policy and Global Studies. She is a member and former Vice President of the League of Women Voters, Greater Haverhill. Hartell has over 15 years of community engagement experience including a 2017 run for Haverhill City Council and for the past two years she has served on both the City of Haverhill Cultural Council and Community Affairs Advisory Boards. She is employed as a Business Support Analyst at Fresenius Medical Care, North America, and is lead liaison for the IT Support Department. She also serves as a member of the Board of Directors at Birch Tree Montessori School.