LWVMA Day on the Hill postponed to November 3rd 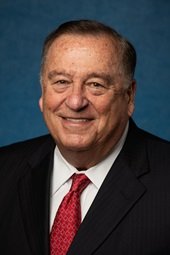 Due to power outages throughout the Commonwealth, our Day on the Hill virtual lobby day has been postponed one week to November 3rd from 10 a.m to noon. If you have already registered, you do not need to do so again.

Massachusetts Speaker of the House Ronald Mariano will deliver the keynote address at Day on the Hill.

In keeping with the day’s theme, Facing the Challenge: Voting, Climate, Early Education, Healthcare, the virtual lobby day will focus on four League priority bills for this session:

Day on the Hill will be held on Zoom with Speaker Mariano’s remarks via video, and presentations from the League’s legislative specialists on the featured priority bills.

The meeting will then break into regional groups to allow those attending to contact their own legislators in support of the bills.

Register for Day on the Hill here.

Speaker Mariano has represented the 3rd Norfolk District, comprised of Quincy, Weymouth, and Holbrook, since 1991.  He was elected Speaker of the House in December 2020 after serving as Majority Leader since 2011.

Throughout his career, Speaker Mariano has championed legislation related to health care, criminal justice, gun control, and education. He was a key architect of the Commonwealth’s landmark health care reform bill of 2006, which became the model for the national Affordable Care Act.  He was the lead negotiator for Massachusetts’ 2014 gun safety reform bill and the subsequent ban on bump stocks.  A former teacher in the Quincy public schools and school committee member, he strongly supports education legislation.  Throughout his career he has been a proponent of LGBTQ rights, civil rights, and ensuring access to reproductive justice and women’s health care.