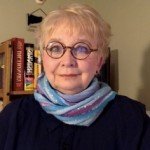 Linda works professionally as a communications consultant and self-efficacy coach with her company OC2. She is a recent graduate of the influential Western Mass. Women’s Fund’s Leadership Institute for Political and Public Impact.

As a journalist, Linda helped start a revolution in print in 1973 when she founded the Valley Advocate, one of the first alternative newsweeklies in the country mounting a challenge to traditional journalism. The Advocate grew to a six-newspaper chain. Linda was also a pioneer in broadcast journalism as the host Connecticut Public Television’s Womankind, one of the county’s first talk shows devoted to women’s issues.

Following her entrepreneurial spirit, Linda founded and edited additional newsweeklies in Louisiana and Texas, as well as the New Orleans Bureau news consortium. She went on to serve as editor of New Orleans and San Antonio magazines. She subsequently held ranking editorial management positions for the Times-Mirror, Tribune and Gannett newspaper chains. She was also a senior TV producer for Connecticut-based SimonPure Productions.

A graduate of Mount Holyoke College and Brown University, Linda is passionate about social justice and lives by the words of Mount Holyoke founder Mary Lyon: “She who thinks she has no obligations has not sought them out.” Linda has served on the board of directors of the Mount Holyoke Alumnae Association and the Society for Features Journalism. She is currently President of the Mount Holyoke Club of the Pioneer Valley; Social Action Chair of the United Methodist Women of Western Massachusetts and Connecticut; and lead organizer of the Springfield Unit of the Northampton Area League of Women Voters. She also serves on the Policy Committee for the advocacy group MotherWoman.