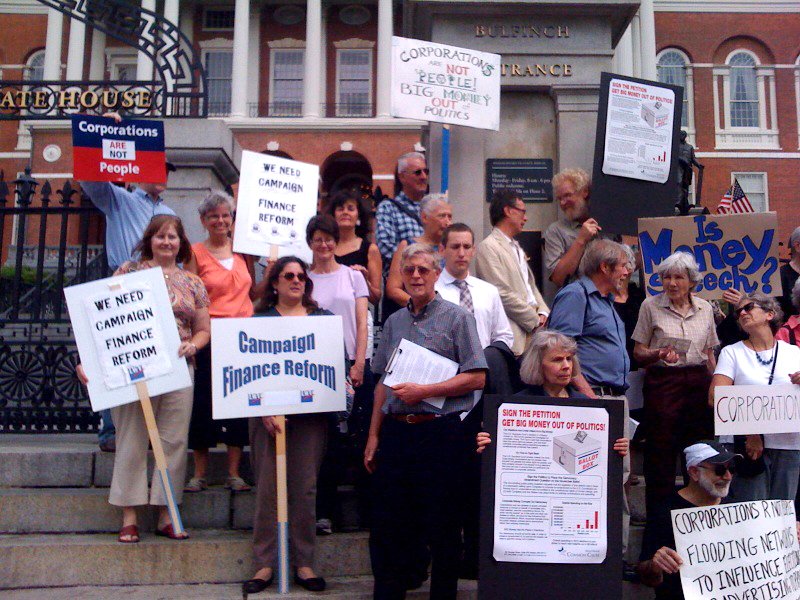 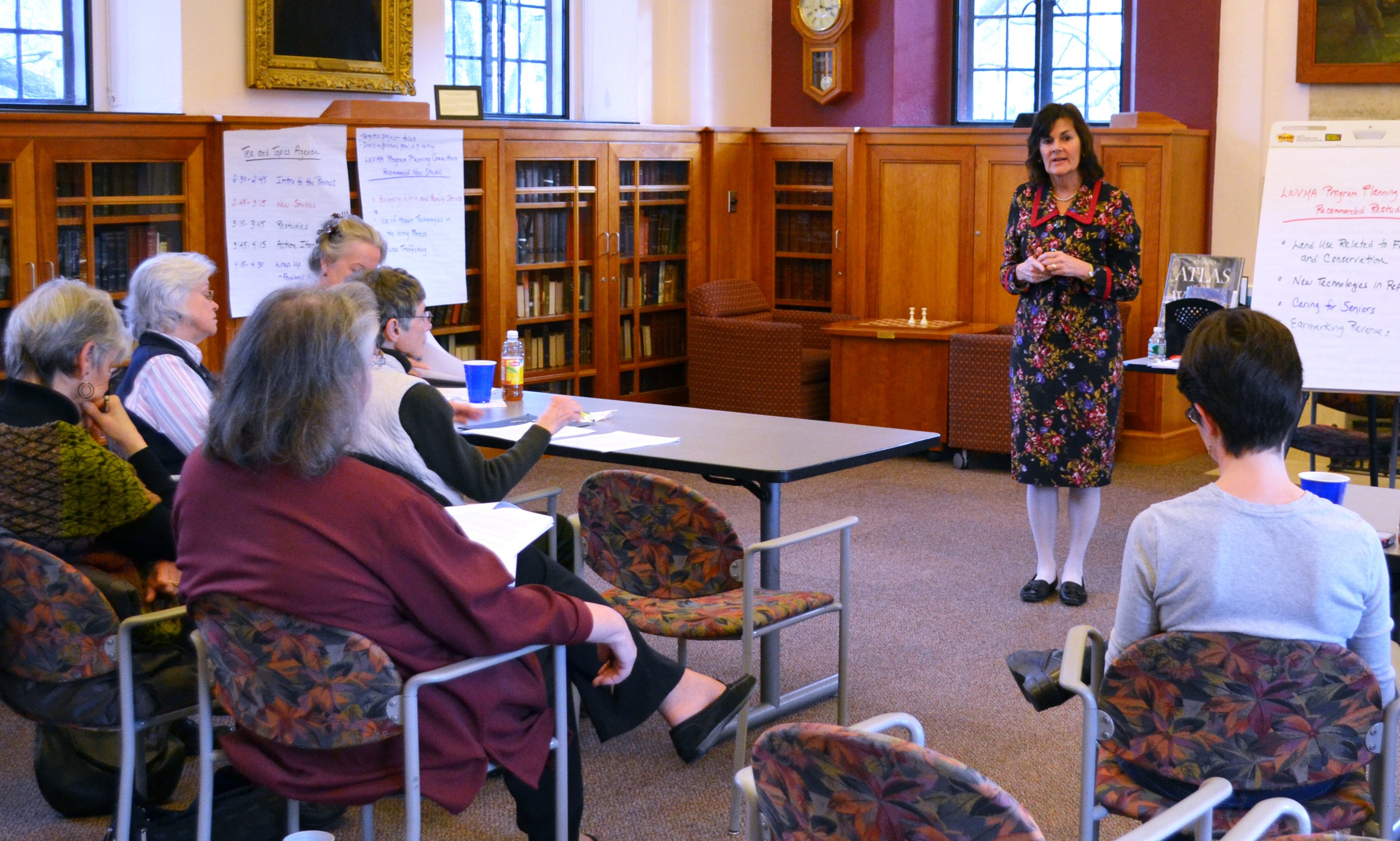 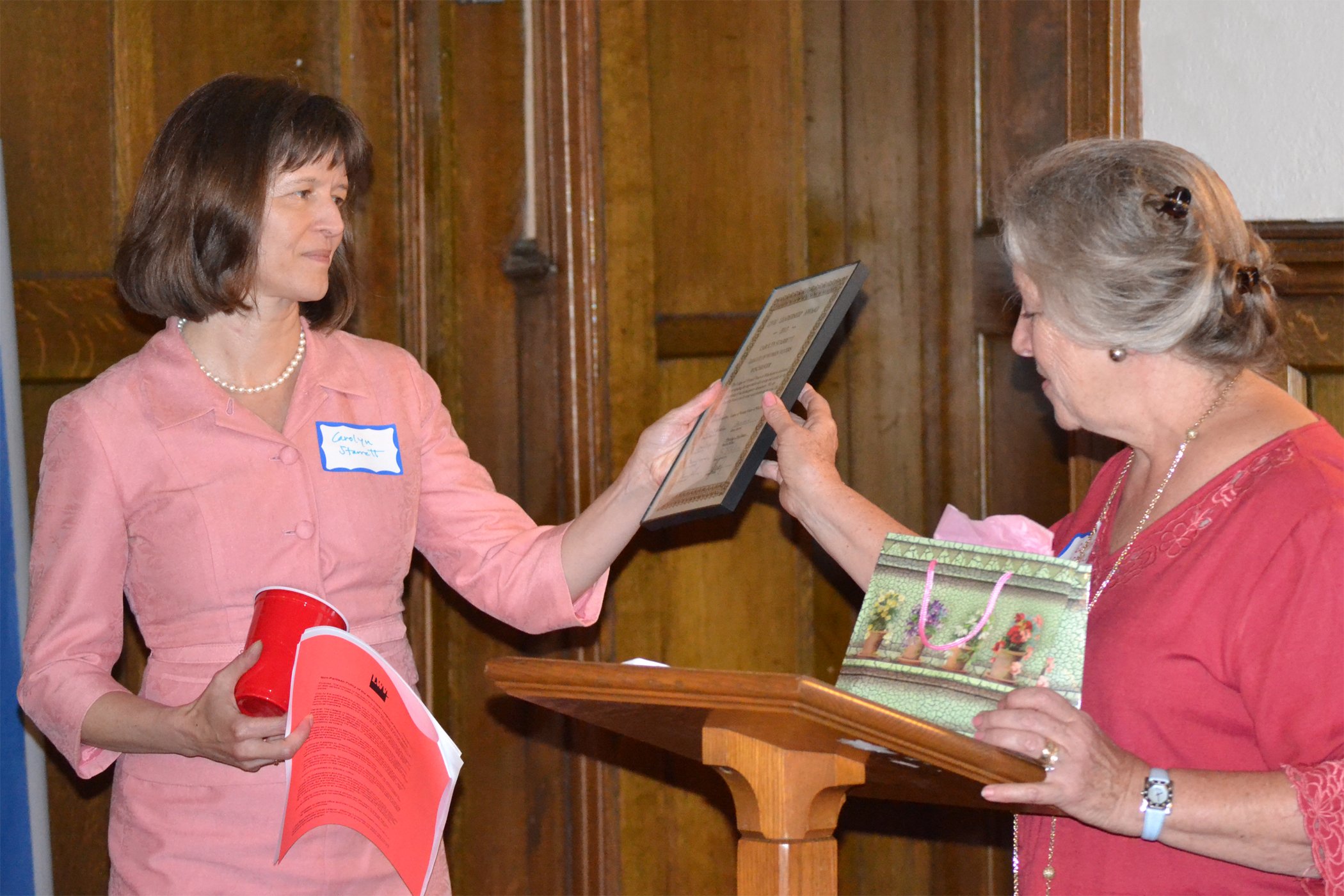 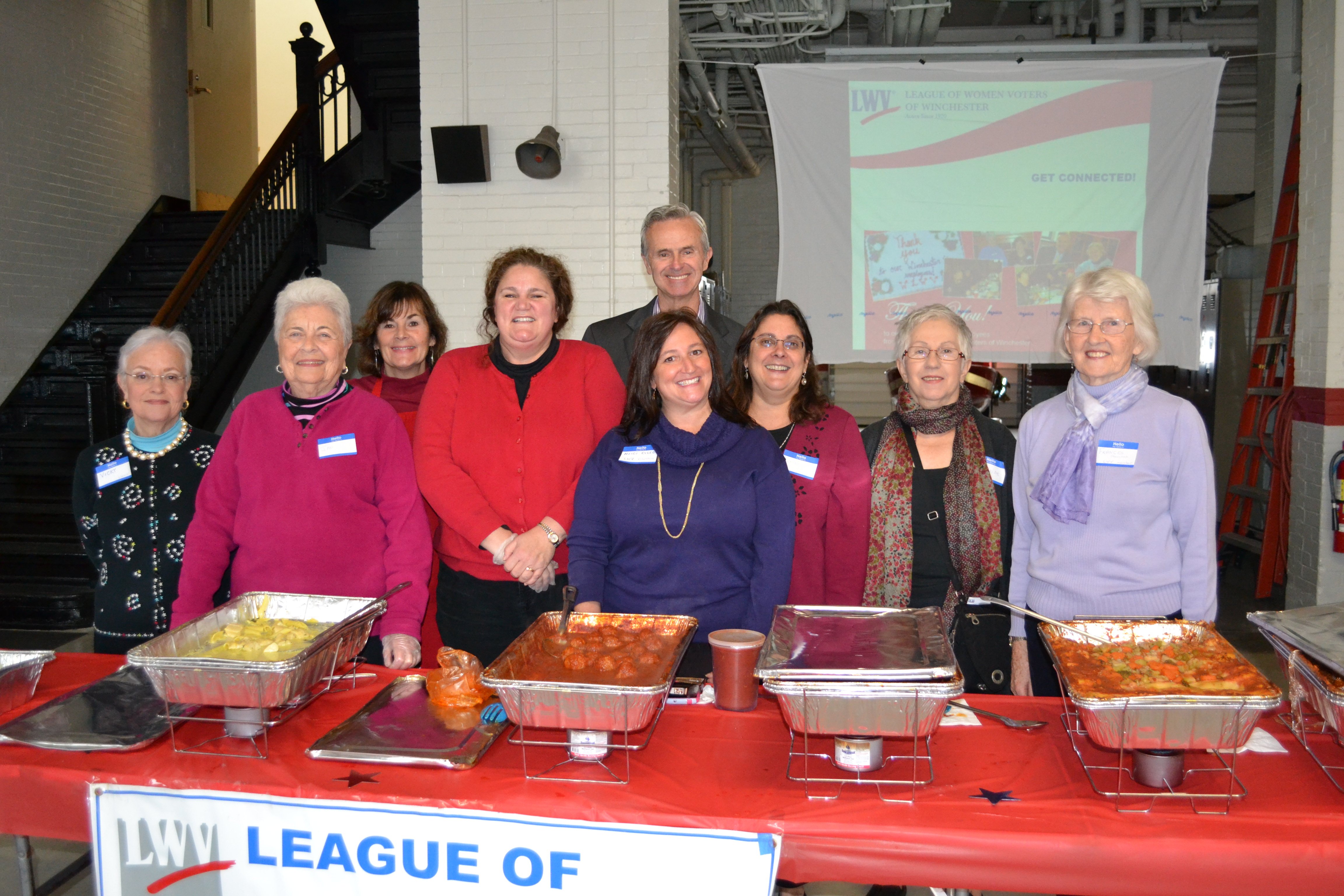 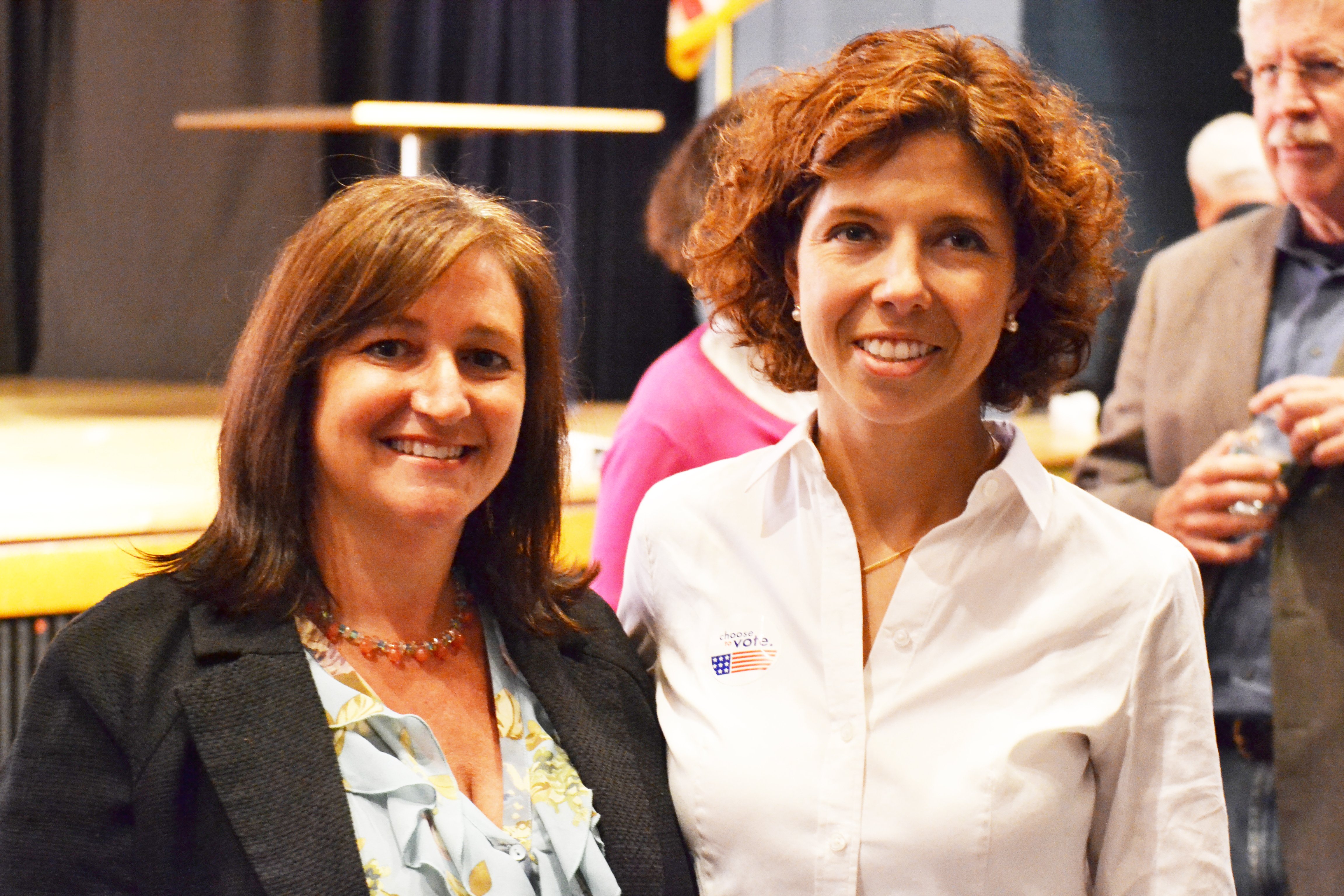 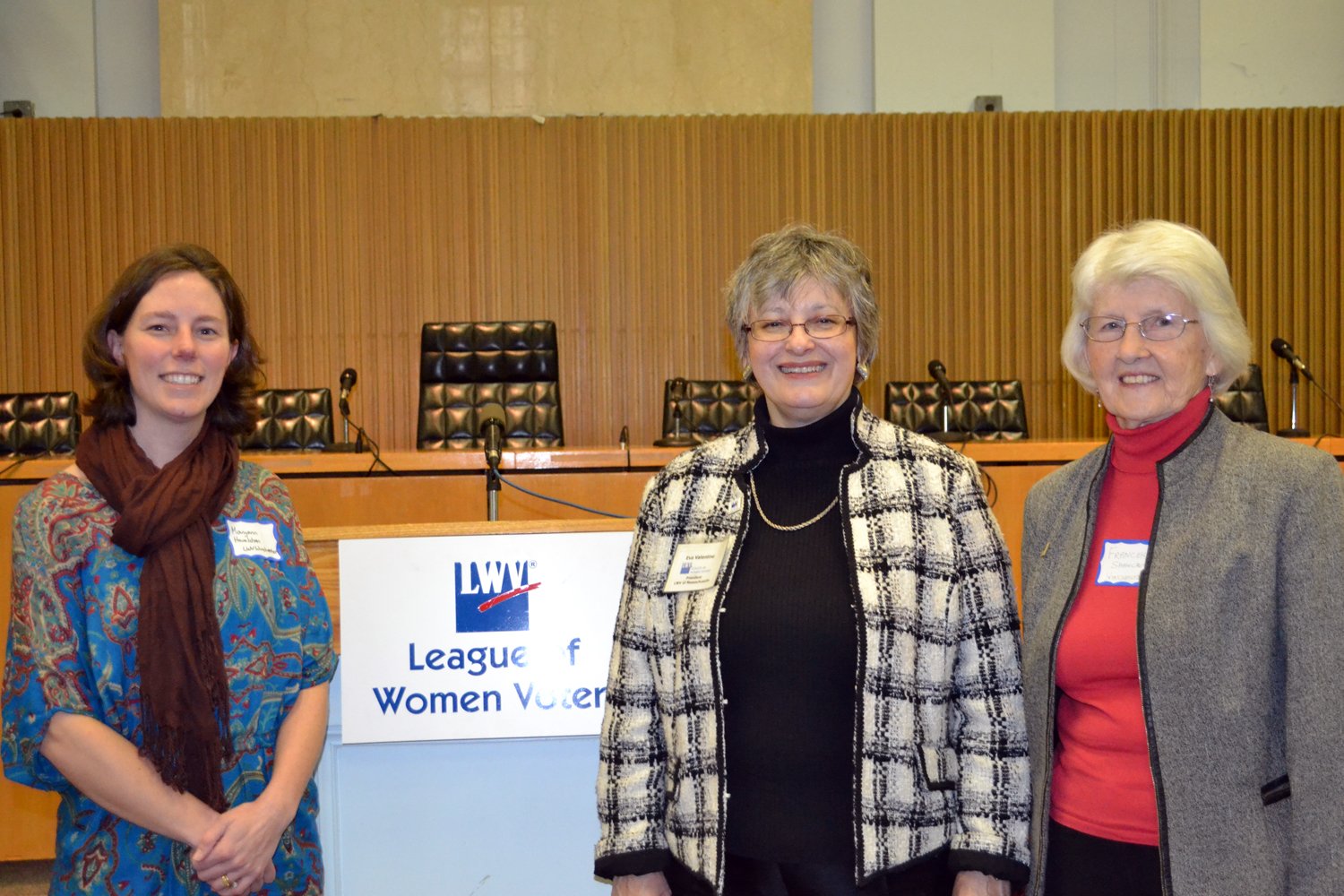 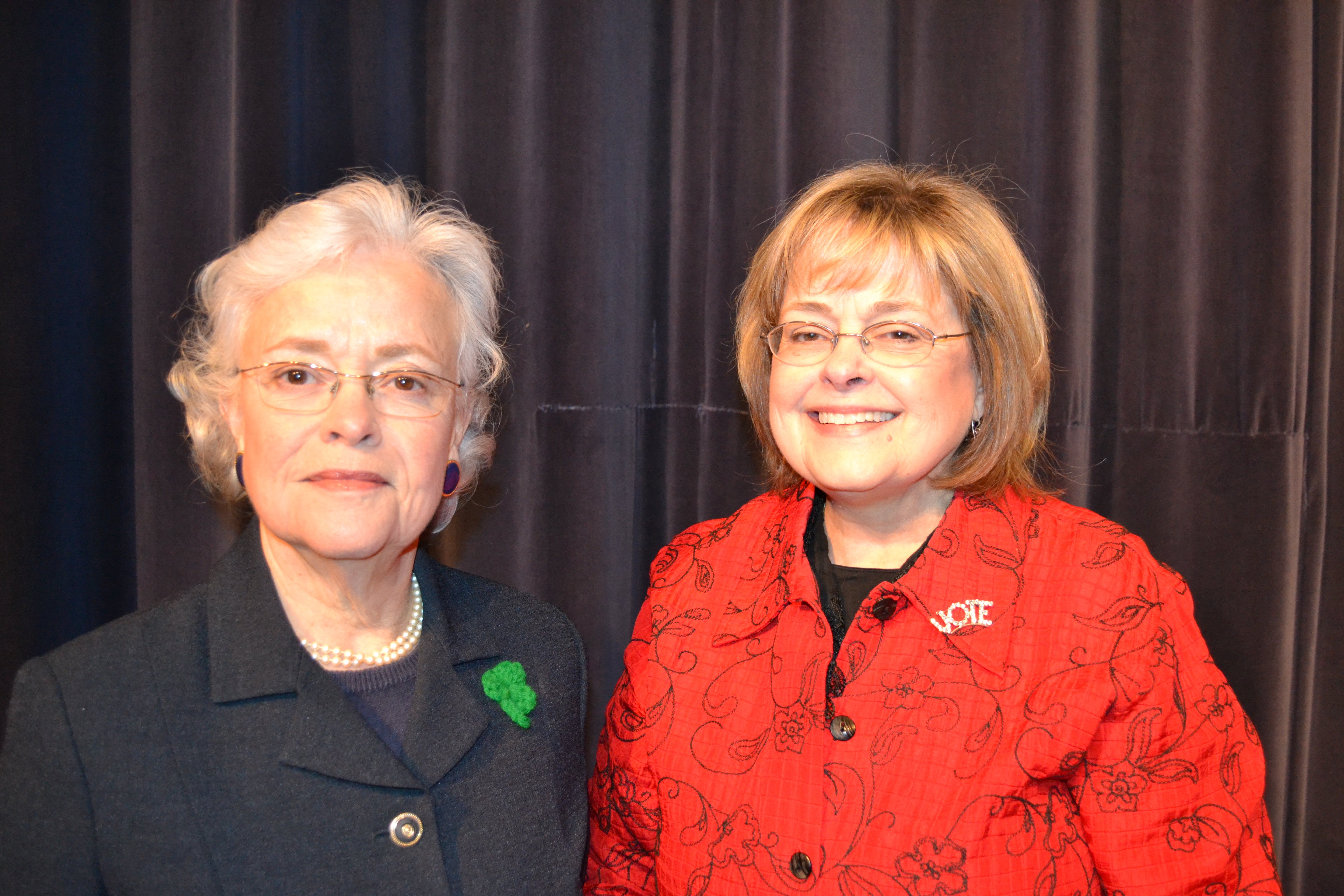 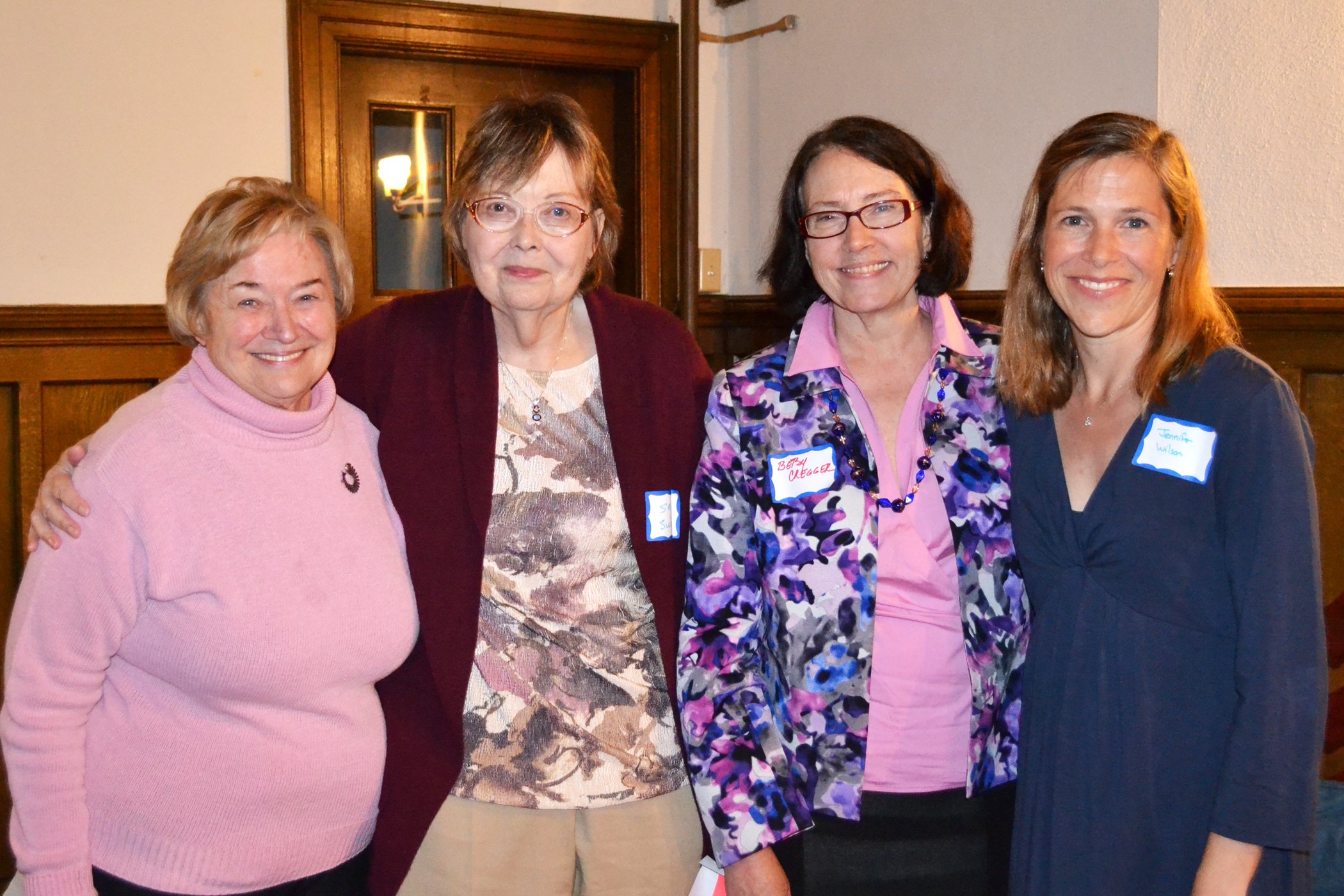 The League of Women Voters of Winchester is a nonpartisan political organization encouraging informed and active participation in government. We influence public policy through education and advocacy.

Each year, rather than a traditional party for ourselves, LWV-Winchester hosts a “moveable feast” for our town employees. We move from fire station, to DPW headquarters, to the library, and this year to Town Hall. It has become a welcome tradition. 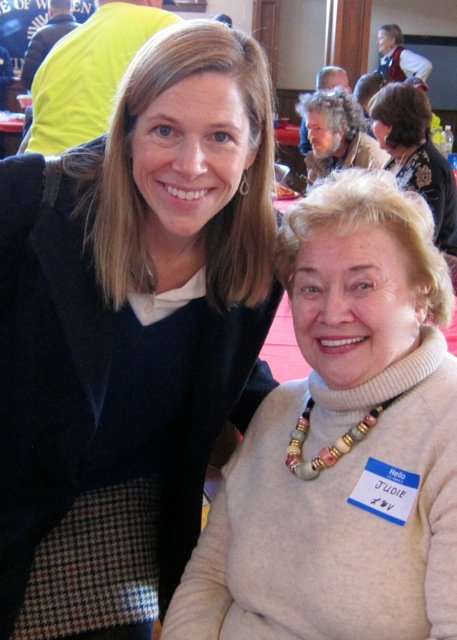 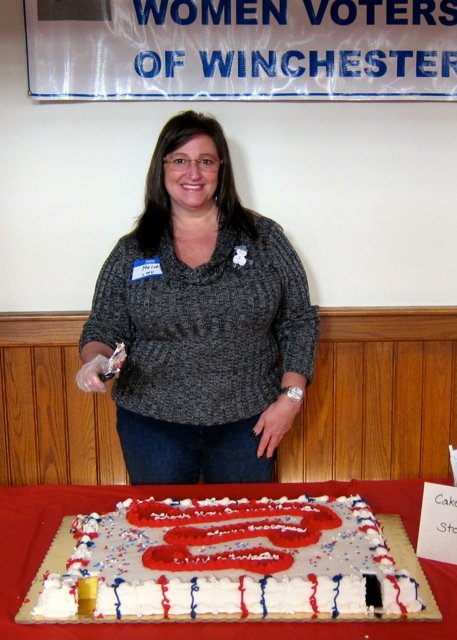 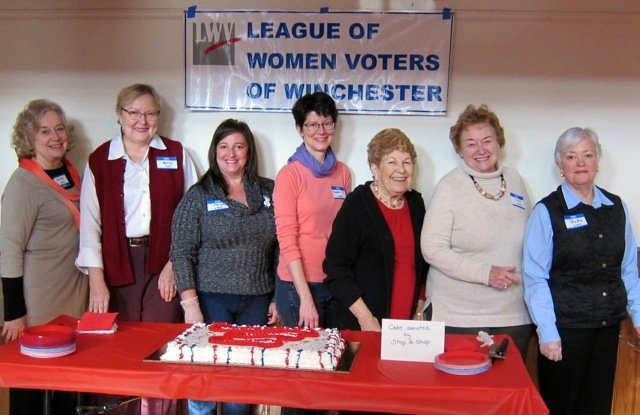 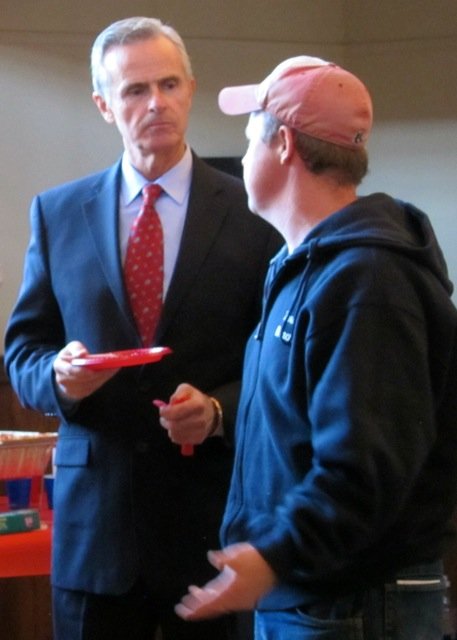 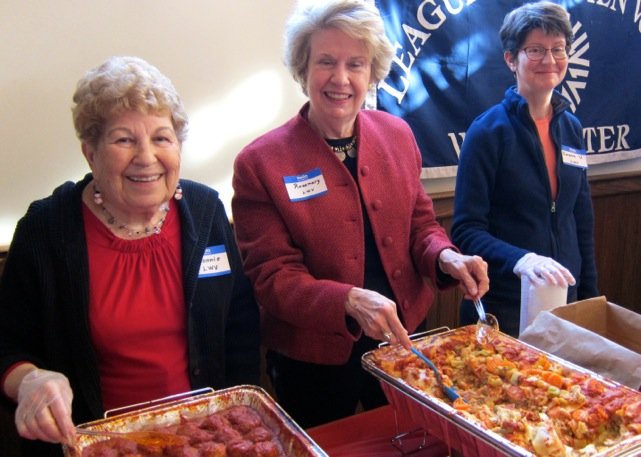 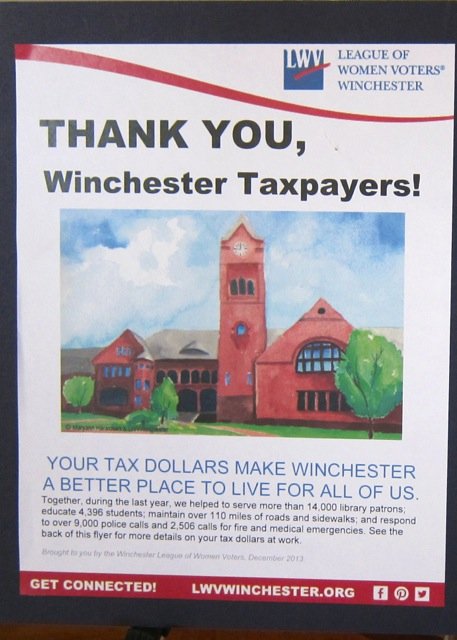 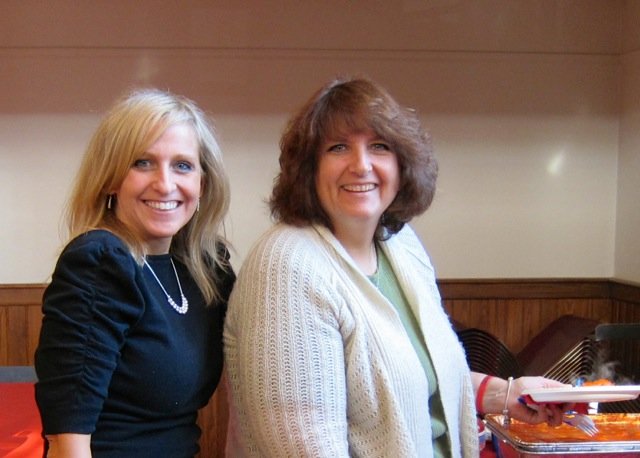 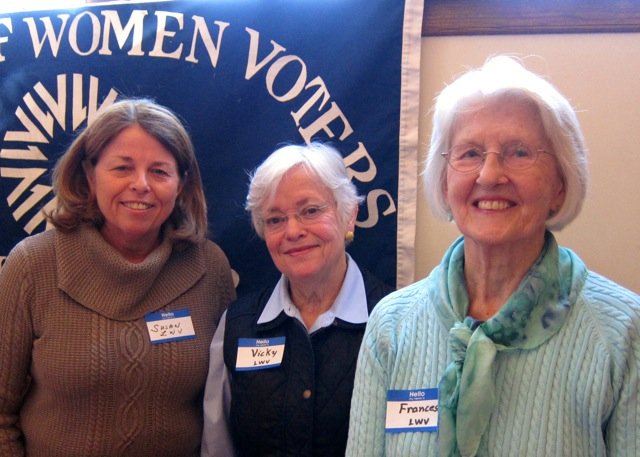 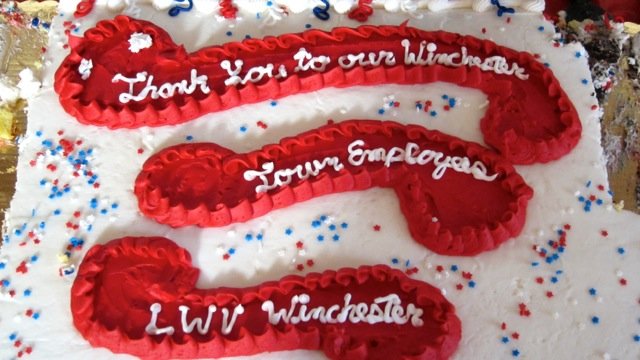 The Winchester League participates in LWVMA Day on the Hill, Council and Convention. In 2013 we applied and were accepted in the Membership and Leadership Development Program. We also participate in program planning initiatives and consensus studies at the State and National level. The League was awarded a LWVMA Daniel Scharfman Citizen Education grant in 2013 to hold two citizen information forums about the proposed renovation of Winchester High School.

While the goal of the League of Women Voters is to educate citizens so that they are better able to shape their future, it is sometimes helpful to look backward to our past. For the Winchester League, the links to our past go back over a century. Handwritten minutes in a lined ledger book begin, “A meeting of those interested in women’s suffrage was called by Miss Pond, state organizer, at Madame Nowell’s, Winchester, March 20, 1888, at three o’clock.” Its goal was “to secure political enfranchisement of women”.

A month later on April 10th, noted suffragette Lucy Stone spoke at the second meeting. Later speakers included William Lloyd Garrison, Alice Stone Blackwell and Maud Park. Programs were intended to educate women about government, citizenship, laws, school suffrage, prohibition and the like. The Winchester League has continued to educate and inform members of the Winchester community and beyond, helping them to become active and involved citizens.