The LWVMA 100th Anniversary Webinar Series was presented in the Spring of 2020 in celebration of the League’s 100th birthday and centennial of women’s suffrage. Most of the recordings from the series are now available for viewing! The webinars were free and open to the public.

Talk with Barbara Berenson: “After Suffrage: The Campaign for the Equal Rights Amendment, 1920 – 2020” 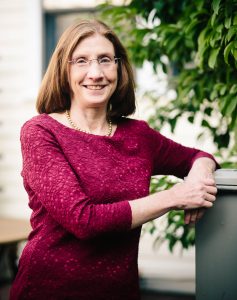 Barbara Berenson is the author of Massachusetts in the Woman Suffrage Movement: Revolutionary Reformers (2018), Boston in the Civil War: Hub of the Second Revolution (2014), and Walking Tours of Civil War Boston: Hub of Abolitionism (2011, 2d ed. 2014).  She is the co-editor of Breaking Barriers: The Unfinished Story of Women Lawyers and Judges in Massachusetts (2012). Barbara earned her undergraduate degree from Harvard College and her law degree from Harvard Law School. She is on the boards of Boston By Foot and the Royall House & Slave Quarters. She worked as a Senior Attorney at the Massachusetts Supreme Judicial Court until June 2019. She currently teaches at Harvard Law School and Tufts University. Please see www.barbarafberenson.com.

Dr. Carolyn Jefferson-Jenkins is the author of The Untold Story of Women of Color in the League of Women Voters. The book explores the ways women of color have been marginalized and recognizes how their contributions will positively influence the League of Women Voters as it moves into its next 100 years. For more information about her book (including a 20% off coupon) click here. 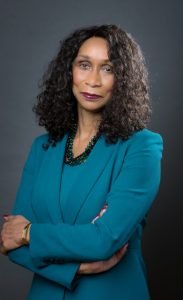 Dr. Carolyn Jefferson-Jenkins served as the 15th President of the League of Women Voters of the United States and Chair of the League of Women Voters Education Fund, 1998-2002.  She served as a member of the national Board of Directors of the League from 1994-2002 and was Second Vice-President, 1996-1998.  As a two-term president, Dr. Jefferson-Jenkins led the education and advocacy work of this grassroots organization on a wide range of public policy issues.  A native of Ohio, Dr. Jefferson-Jenkins has been a League member since 1982 and is the only woman of African-American descent to head the organization, established in 1920.

During her years of service at the national level, Dr. Jefferson-Jenkins oversaw several comprehensive League initiatives.  These included the 1996 Get Out the Vote campaign, which registered more than 50,000 voters nationally; the Wired for Democracy project, which increased voter education and participation via the Web; and the League’s strategic plan, “The Future Plan” which emphasized keeping the League relevant through diversity, equity and inclusion.

Dr. Jefferson-Jenkins has worked in public and private school systems and higher education since 1974.  A firm believer in the value of public schools, she has served in a variety of leadership positions in Ohio, Colorado, and nationally. She moved to North Carolina in 2014 to work at the James B. Hunt Jr. Institute for Educational Leadership and Policy.  She currently serves as an Adjunct Assistant Professor in the School of Education at the University of North Carolina- Chapel Hill. 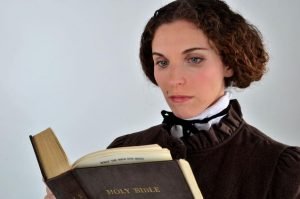 Challenging discrimination is not easy; Lucy Stone was never one to take the easy road. The first woman from Massachusetts to earn a college degree, Lucy was an ardent supporter of human rights. Always fierce, her belief that women and men be equal was evident in both her political and personal endeavors. Her message inspired thousands to join the suffrage movement; even Susan B. Anthony credits Lucy’s impassioned speeches for her involvement.  As a scholar, Lucy studied Greek and Hebrew, insisting that ancient scriptures had been mistranslated to objectify women. As a wife, Lucy refused to take her husband’s name, becoming the first to do so in the nation, and leading to the moniker of “Lucy Stoner” to describe a woman who does just that! Lucy and her comrades were evolving from successful abolitionists to struggling suffragists.