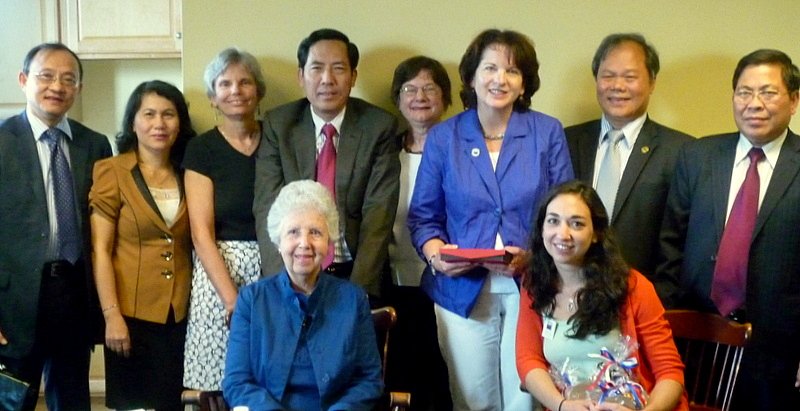 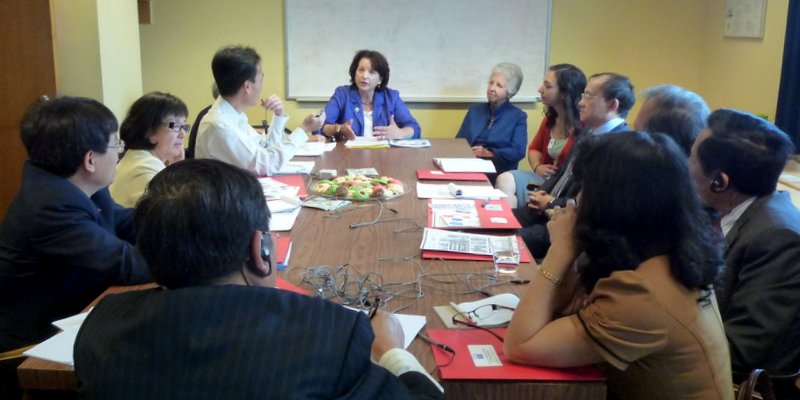 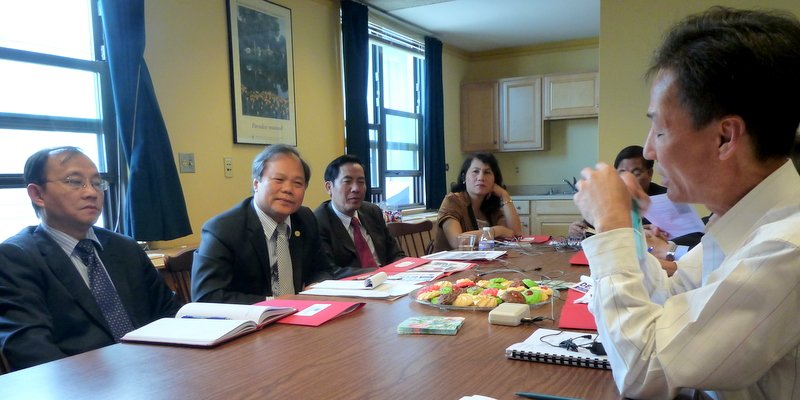 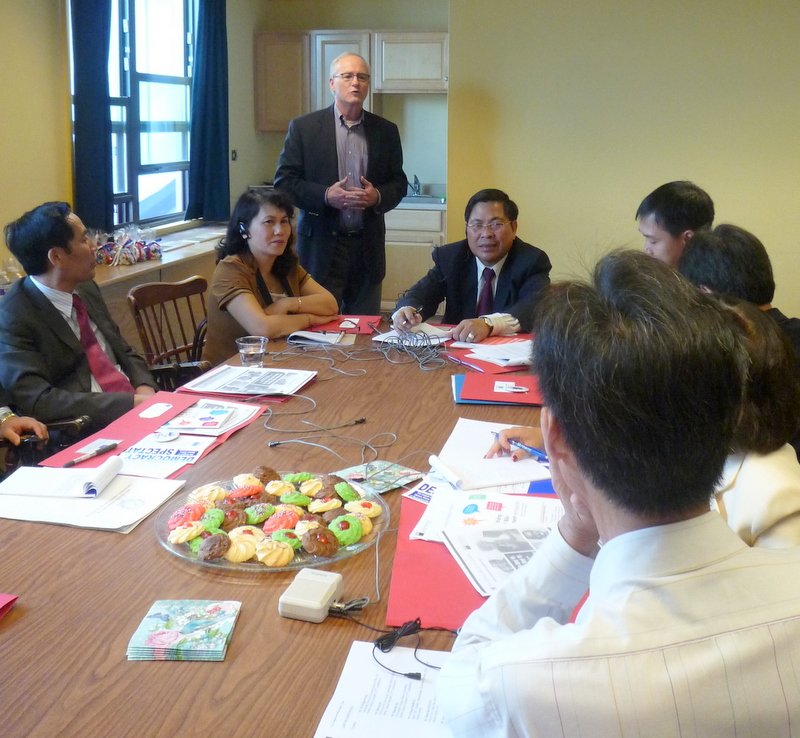 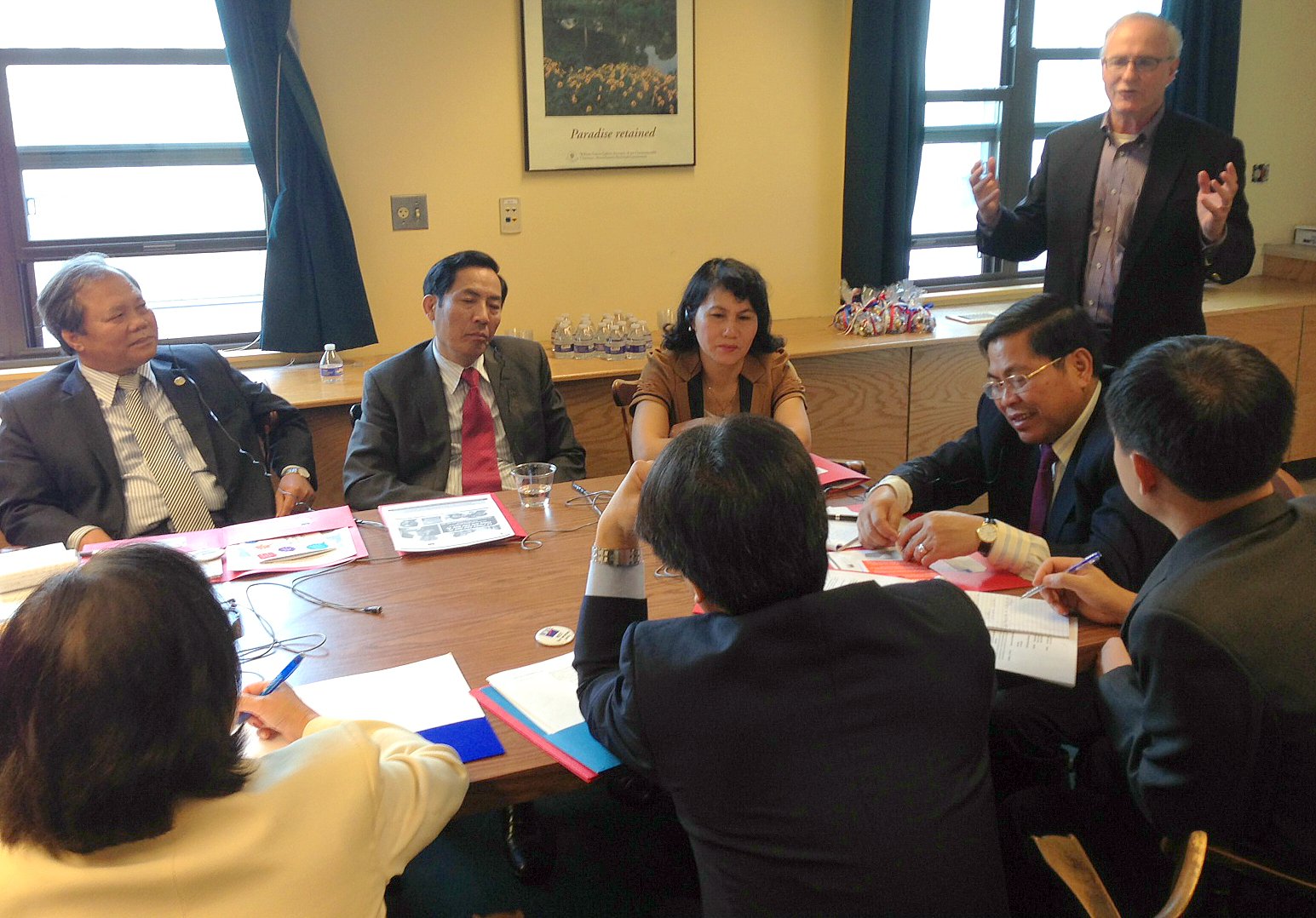 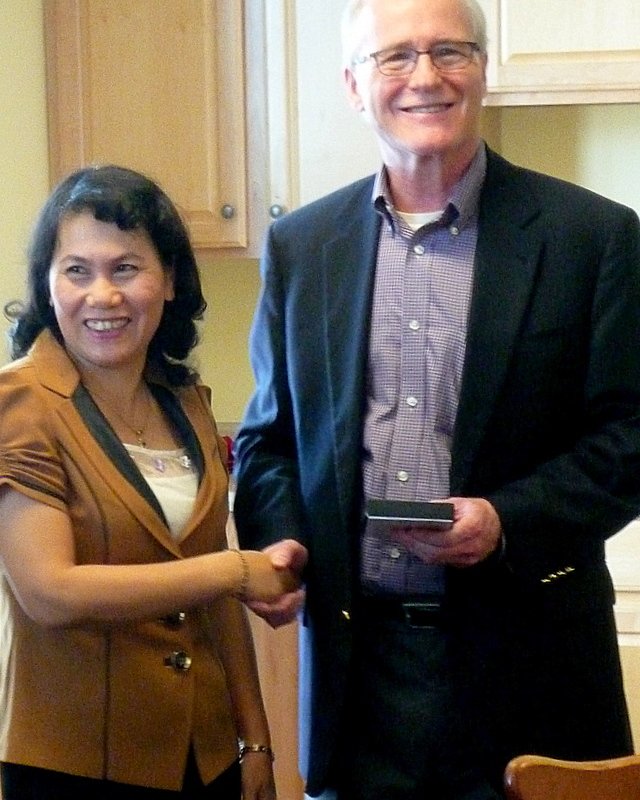 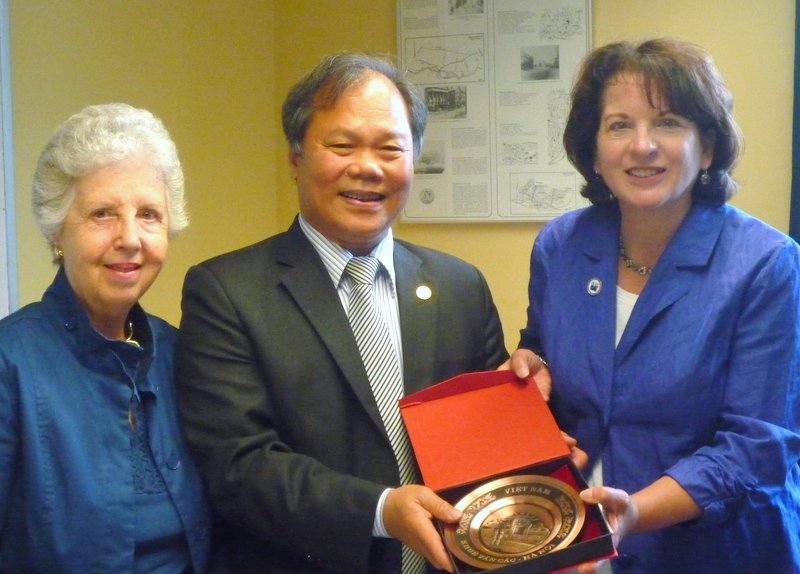 LWVMA officers met with seven members of the Vietnam National Assembly who were touring the United States under the auspices of the U.S. State Department. The U.S. visit was designed to acquaint the Vietnamese with Congress and with our political system, and we were asked to talk about how a non-government organization works to achieve its legislative goals, both individually and in coalition with other such organizations.

Marilyn Peterson and Anne Borg, co-presidents, Karen Price and Nancy Brumback, vice presidents, and Natalie Kassabian, program and administrative coordinator, discussed the League’s history and mission, our programs at the local and state levels, and our efforts to lobby the legislature on such topics as election law reform, gun control, and environmental issues.

Our visitors included the seven members of the National Assembly—one woman and six men, two interpreters and guides from the State Department and WorldBoston, a local council which first invited us to participate in such foreign exchange visits last year.

We met in a conference room at the State House, thanks to the effort of Sen. Michael Barrett’s staff, and Sen. Barrett also spoke to the group about the state legislative system and the work that the League does.

Questions from the delegates indicated their interest in the League. They asked whether we had any men as members and how many, where our funding comes from, how we prepare information for the legislature, and what a legislative hearing is like. They were curious who the League would support in an election between a woman who didn’t support our programs and a man who did, and we hope we made it clear that the League never supports individual candidates. And as one noted, “If you could get all the women to join you, you could take over. No one can stop all the wives and mothers.”