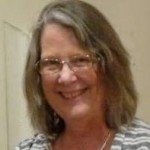 Mary Ann Ashton has served on the LWVMA Board and as a Trustee of the Lotte E. Scharfman Fund for the last four years. Before becoming Co-President in 2017, she served as Voter Services chair where she worked with staff on statewide implementation of an electronic voter guide. In 2014 Mary Ann represented LWVMA as a member of the Massachusetts Special Advisory Commission on Compensation for Constitutional Officers. Mary Ann has contributed to her Acton-Area League for the last 15 years in a variety of roles including co-chair and the annual Civics Bee committee. As an active member of her Acton community, Mary Ann has served and led numerous town, school, and community committees, including finance and school committees. She has served as a board member for various other non-profits. She co-founded and managed an economic and management consulting practice for 30 years with her husband.