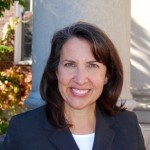 Meryl Kessler joined LWVMA as Executive Director in November 2013, bringing over 20 years of experience as an attorney, non-profit leader, and educator, as well as a strong commitment to civic education and engagement.

Before joining LWVMA, Meryl served as Legal Programs Director at Discovering Justice, a civic education non-profit organization based in Boston’s federal courthouse, where she designed and managed programs to educate low-income youth in Boston and surrounding cities about the justice system and civic participation. Previously, she worked at Harvard Law School in a number of roles, including as an Ames Fellow and as a Climenko Fellow. She also taught legal studies at Brandeis University as a Guberman Fellow and began her legal career at Goulston & Storrs. In addition, she has served on Boston-area non-profit boards and volunteered for a number of civic organizations.

Meryl holds a B.A. in Public and International Affairs from Princeton University, as well as an M.A. in Government from Harvard University and a J.D. from Harvard Law School.