On the Path to 100% Renewable Energy LWVMA Climate and Energy Solutions Series Worcester Forum, May 2

In collaboration with the League of Women Voters of the Worcester Area, the first forum in the series, “On the Path to 100% Renewable Energy,” will be on Tuesday, May 2, at 5:30 pm, at the First Baptist Church, 111 Park Avenue, Worcester, MA.  The event is free and open to the public. Download a flyer here.

Three experts in the field will present the case for 100% renewable energy, what is required to reach 100% renewal energy, and the role of grassroots activism.

David is a C 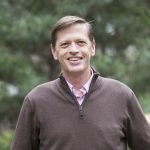 lean Energy and Climate Change Staff Attorney for Conservation Law Foundation Massachusetts. Before joining CLF, David was a senior associate at Farella Braun + Martel LLP in San Francisco, where he practiced infrastructure, renewable energy and land-use law. He has substantial experience in drafting, negotiating and litigating commercial contracts for public and private entities with focus on major capital construction of buildings, infrastructure, and renewable/alternative energy power plants, as well as prosecuting and defending local land use approvals and related environmental review. 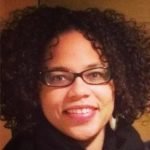 Eugenia Gibbons is the Clean Energy Program Director at Mass Energy Consumers Alliance. Mass Energy is dedicated to making energy affordable and environmentally sustainable. The organization is also committed to reducing carbon emissions by at least 80% by 2050 through energy policy and consumer programming designed to help people gain access to and benefit from efficiency and renewable technology. Eugenia has a master’s degree from Tufts University’s Urban & Environmental Policy & Planning Program and is a proud alumna of the University of Connecticut. A mother of two and self-described “momvocate,” Eugenia’s commitment to a healthy environment and safe future for all is both professional and personal. In her free time, she volunteers with Mothers Out Front or can be found lobbying for safer alternatives to toxic chemicals.

Marla Marcum, Co-Founder and Director of the Climate Disobedience Center 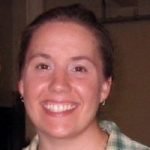 Marla Marcum serves as Director at the Climate Disobedience Center and is one of four Center Founders. She is a seminary-trained United Methodist committed to supporting people of all faiths and no particular faith to act boldly for justice. She brings two decades of social justice organizing and training experience with faith-based, youth, and grassroots groups. Marla is passionate about leadership development and building supportive, principled communities of resistance among unlikely allies. Marla earned a B.A. in Religion and Russian from Sewanee and a M.T.S. in Philosophy Theology and Ethics from the Boston University School of Theology. She calls both the Boston area and the Missouri Ozarks “home.”