Members of Leagues around the state, gathered in West Springfield for the 2015 LWVMA Convention, elected Anne Borg of the Newton League and Jean Cherdack of the Northampton Area League as co-presidents of the state League for the next two years.  Anne has been co-president and Jean has been a director for the past two years.

The Convention also approved a two-year state study of charter schools with the aim of developing a position on this subject to be presented to the 2017 Convention for approval.  The LWVMA board will appoint a committee to determine the scope of the study and to develop information and consensus questions.  Any League member interested in serving on that committee can contact Anne Borg.

Lee Bona of the Worcester Area League was elected chair of the nominating committee, and the off-board members of that committee are Sandra Daly of Grafton and Lynn Wolbarst of Sharon-Stoughton.

The Convention also gave thanks and a standing ovation to the two women leaving the board, co-president Marilyn Peterson of Acton Area and director Becky Shannon of Northampton.

As action items for the coming two years, the Convention approved a strong voter registration, information and education program centered on the 2016 election; development of an action plan on civic education and engagement; and extension of a committee to review and report on election-related technology.

LWVMA action priorities for the biennium will be improving elections and voter turnout; civic education and engagement; money and politics; climate change and the environment; and addressing income inequality.

The Convention welcomed members of the newly-formed Springfield unit of the Northampton Area League, who are working actively in voter activities in Springfield and who hope to eventually form an independent League in that city.

Rosalee Keech, an LWVUS director and the LWVUS Observer to the United Nations, detailed her experiences in both those areas as the Friday evening speaker.  Elizabeth Barajas-Román, CEO of the Women’s Fund of Western Massachusetts, was Saturday’s speaker.  Ms. Barajas-Román works to fund programs improving the lives of girls and women in that region, and she discussed that work and how the League might help. 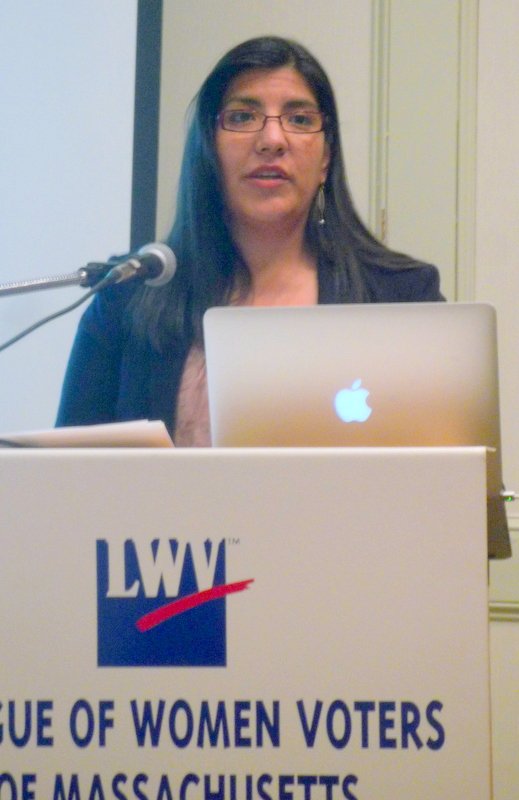 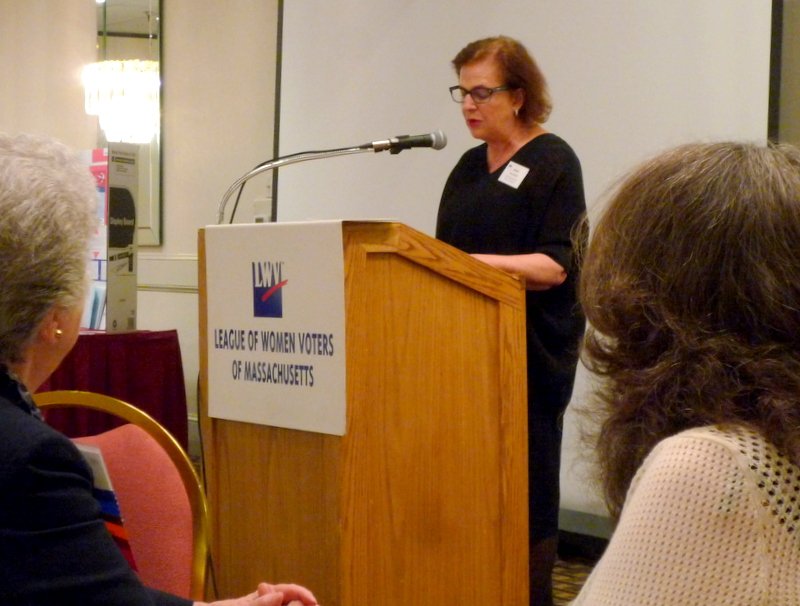 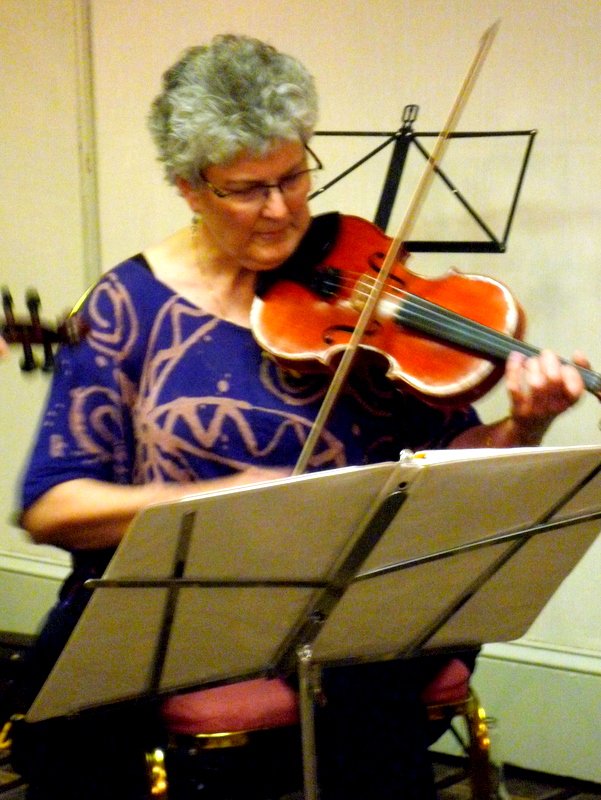 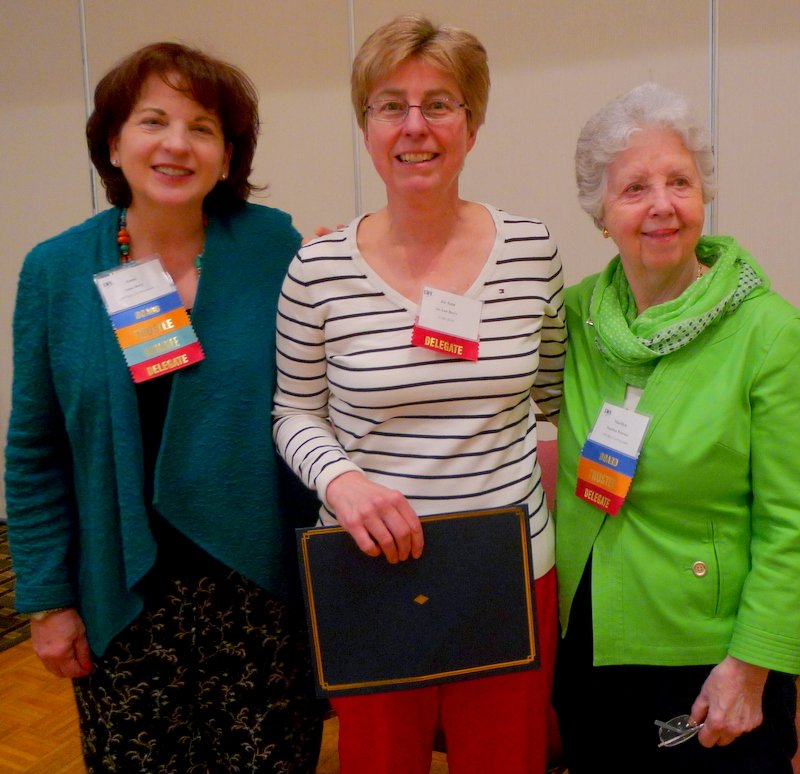 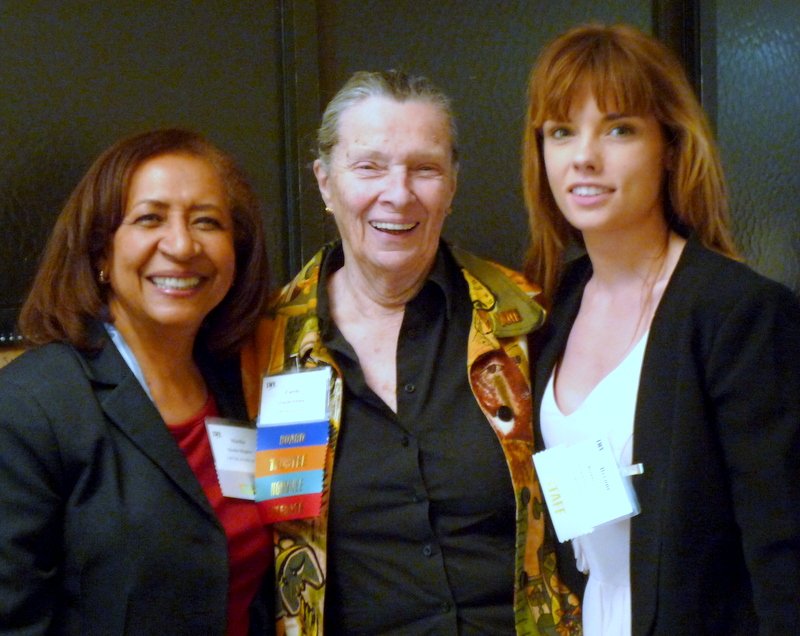 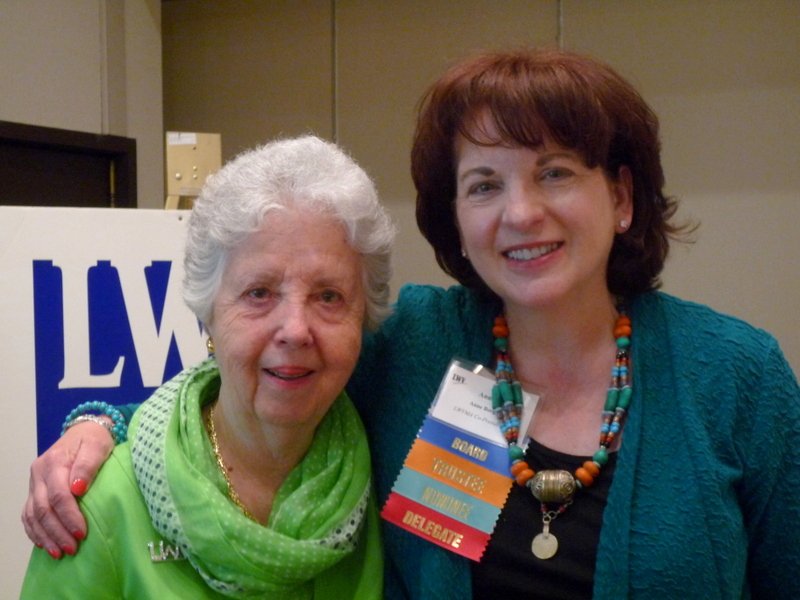 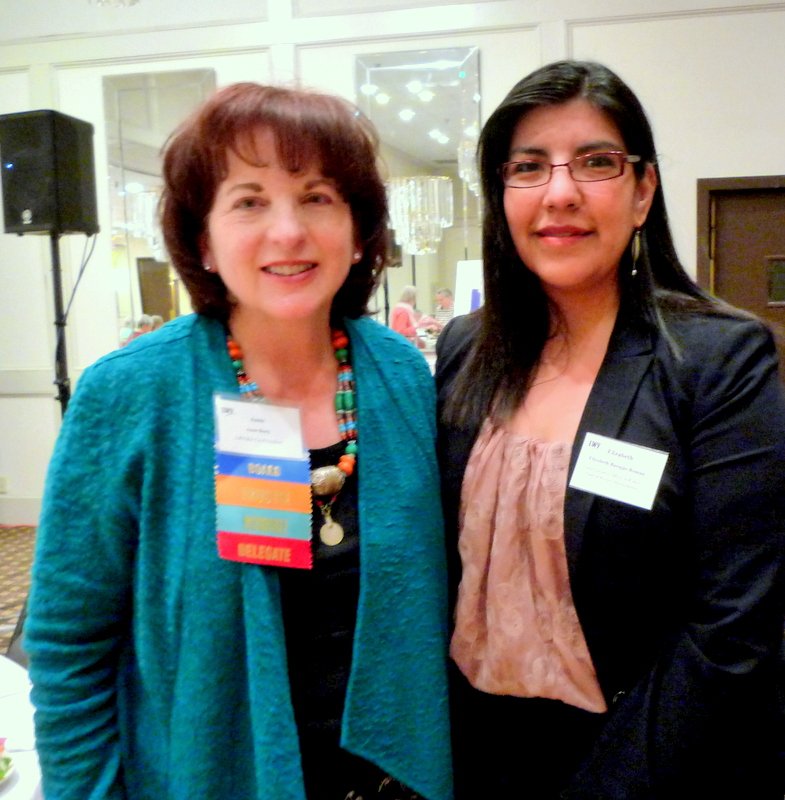 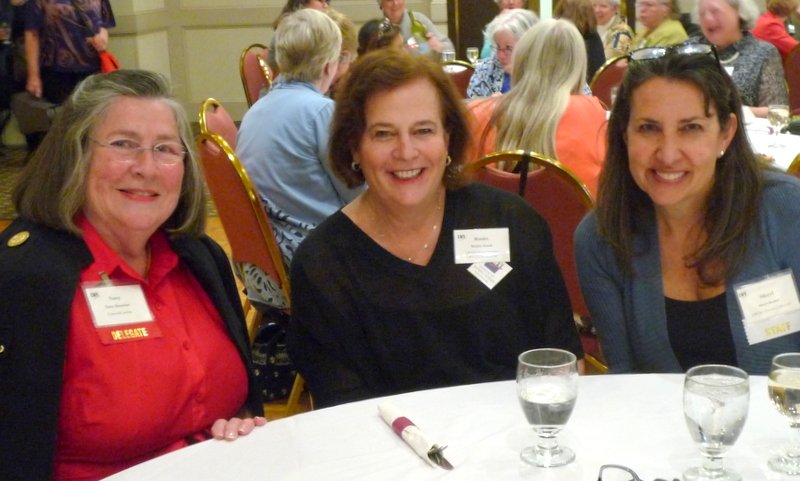 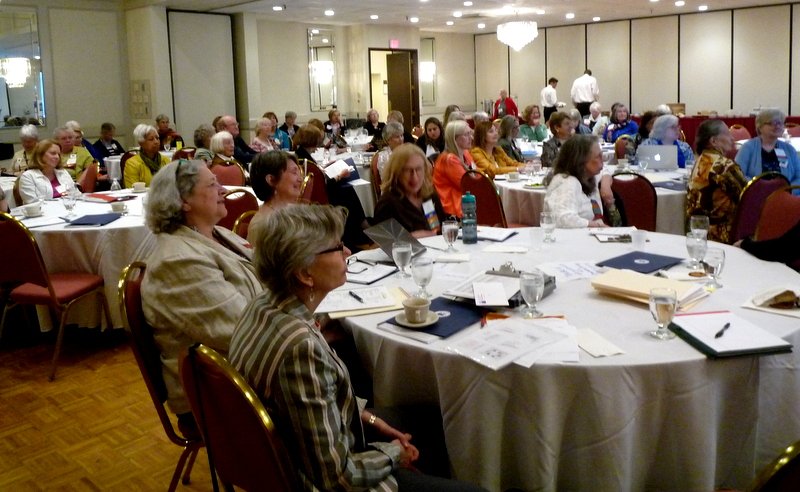 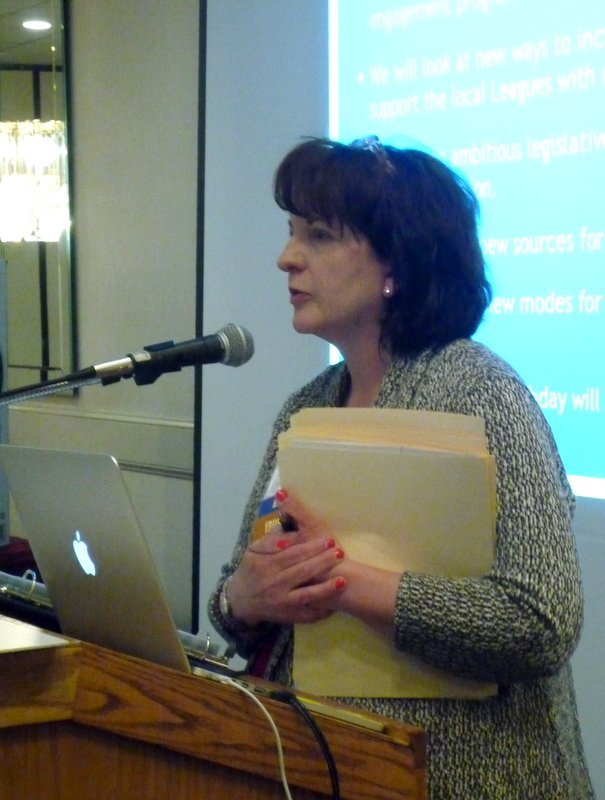 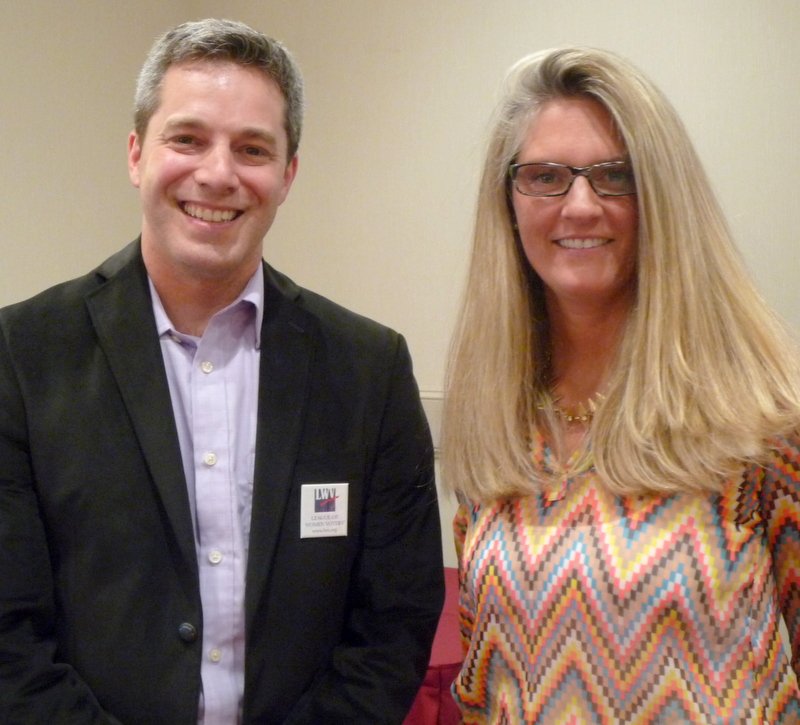 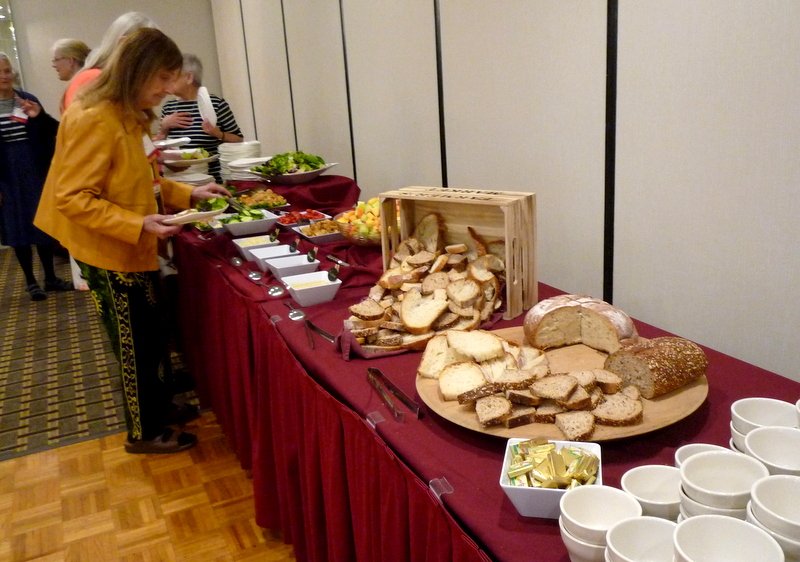 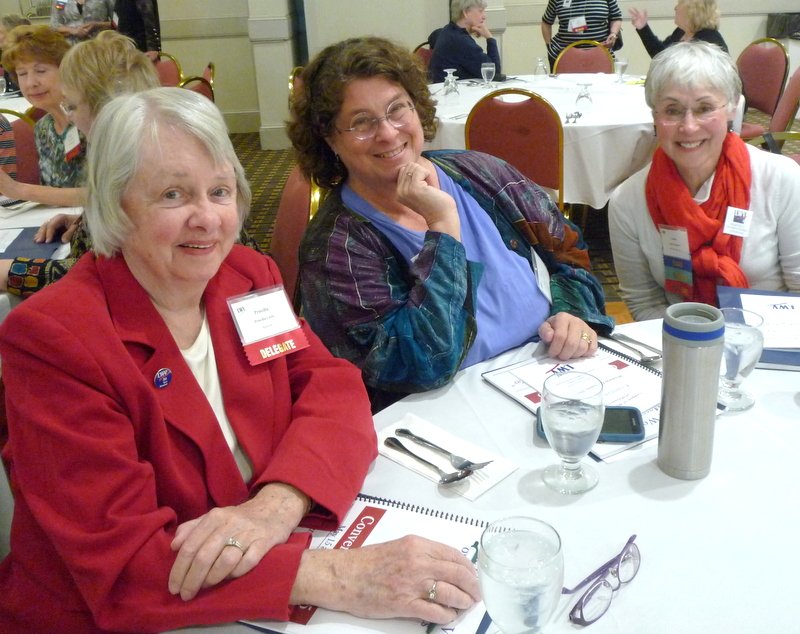 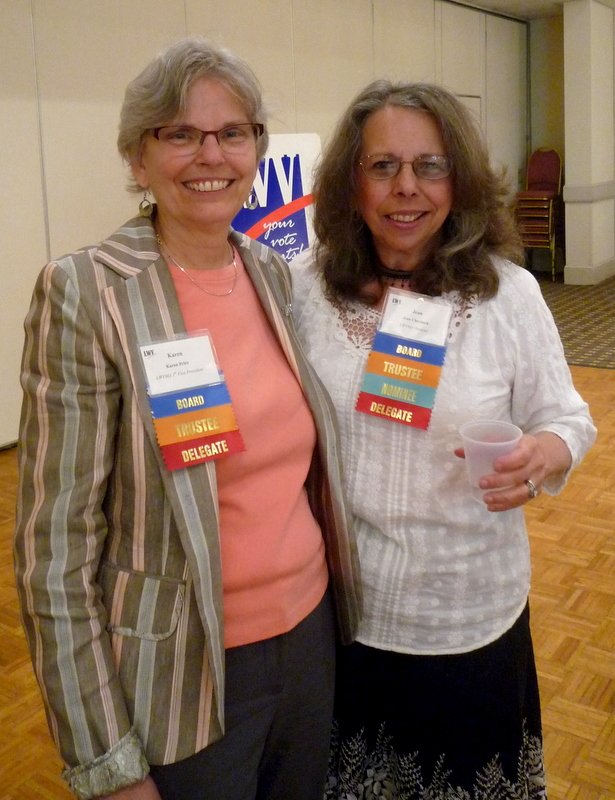 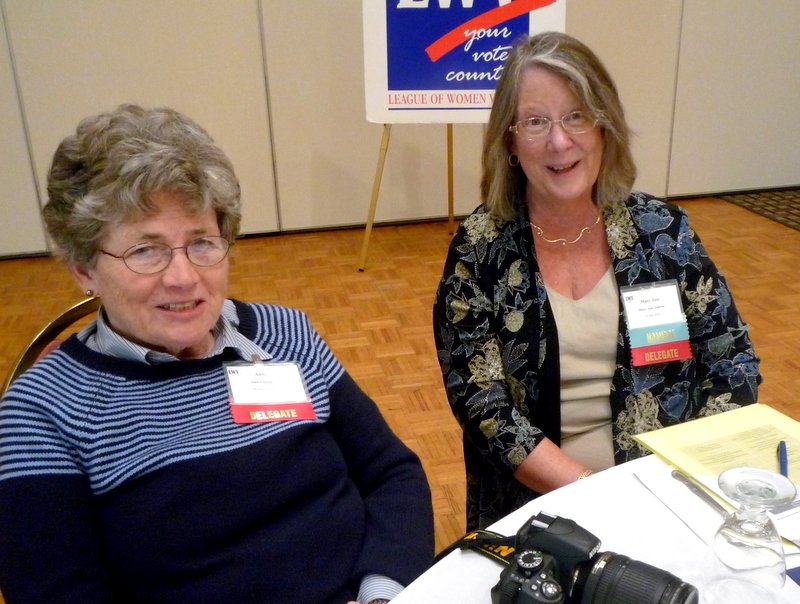 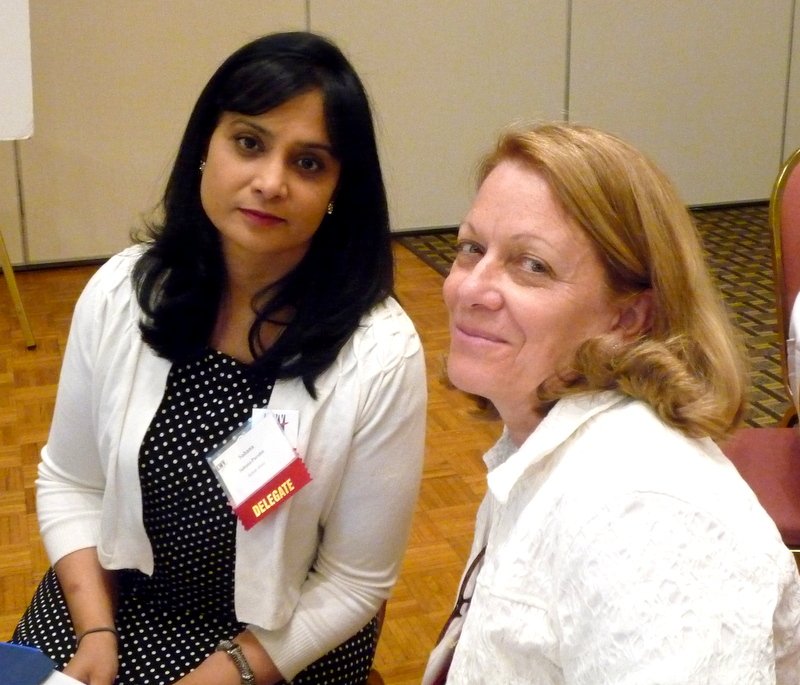 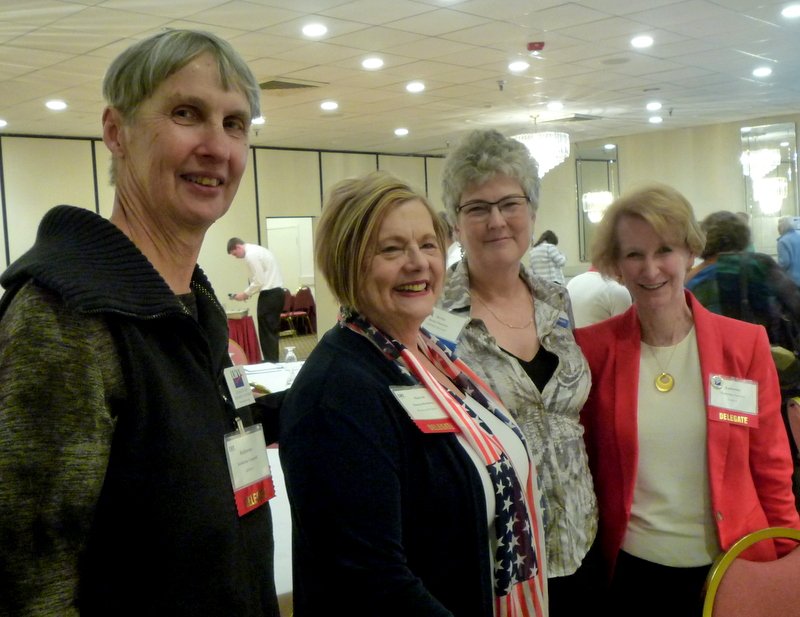 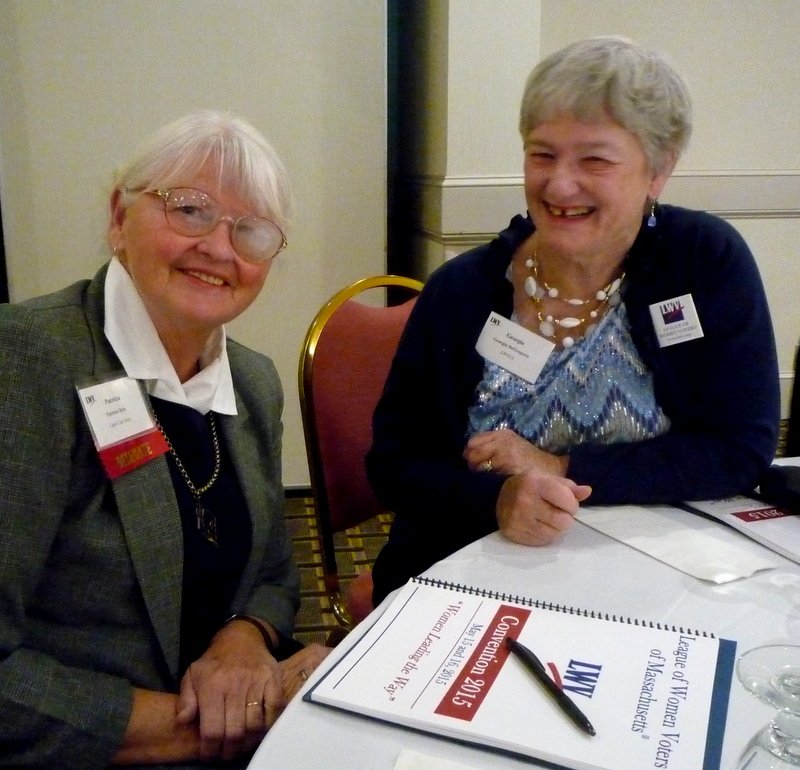 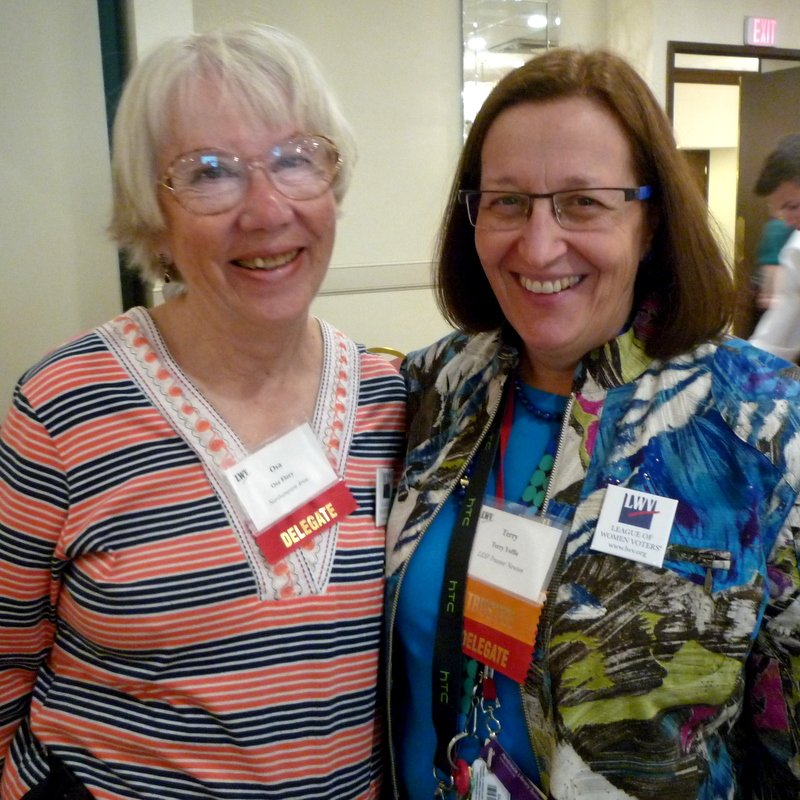 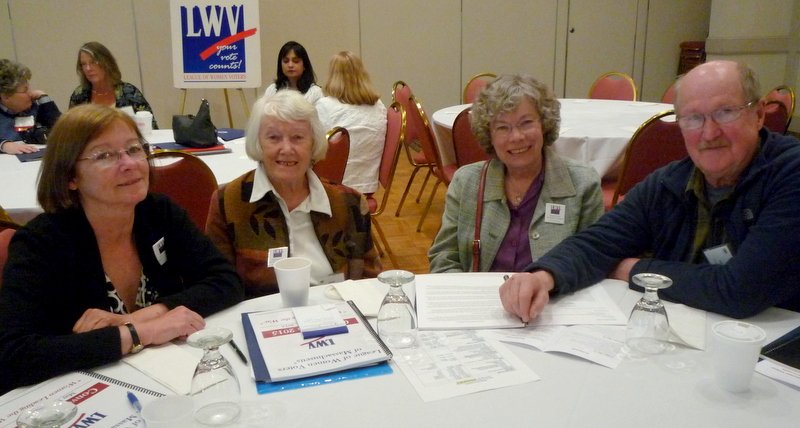 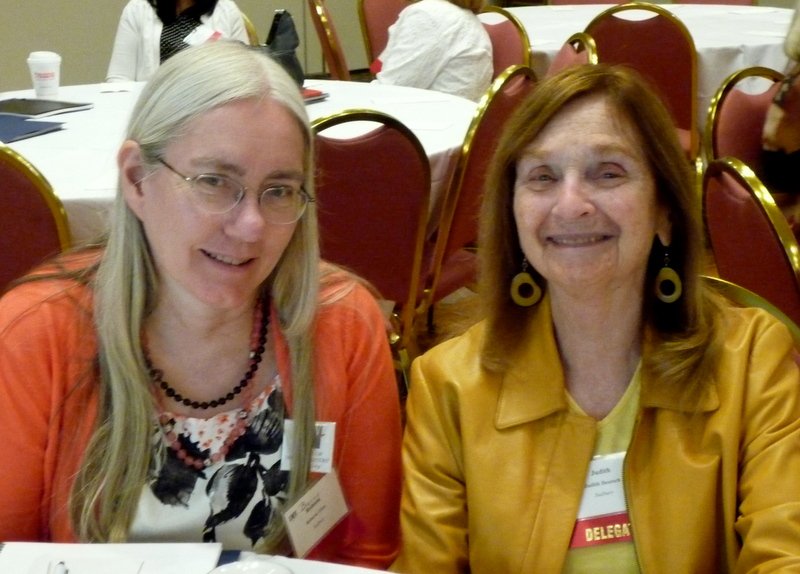 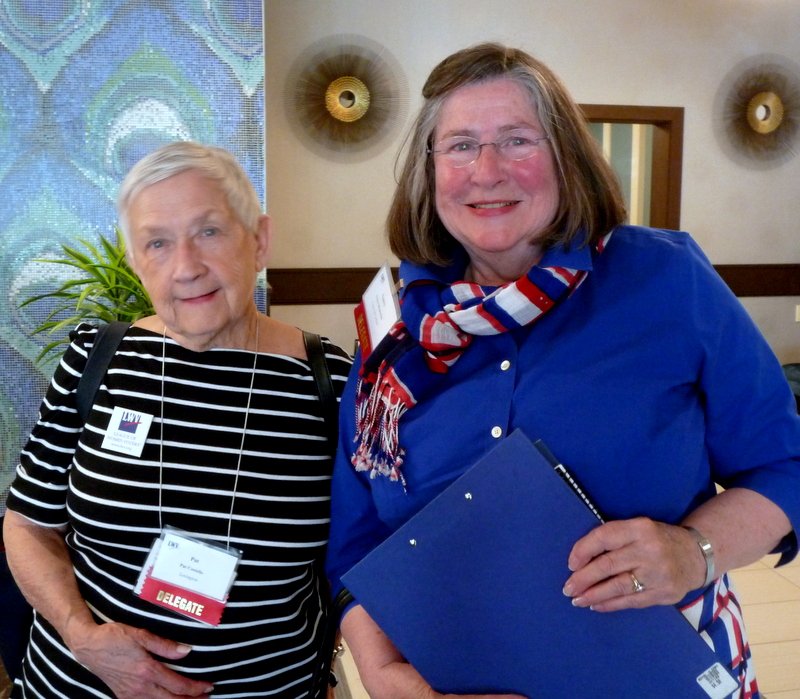 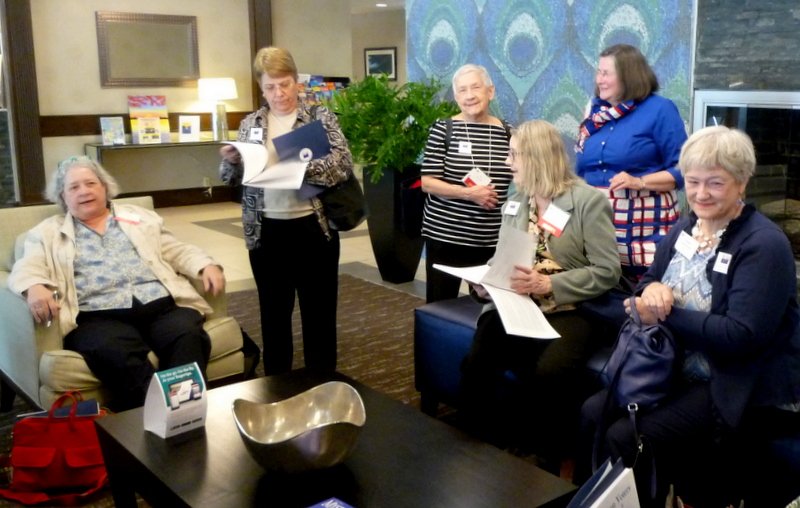 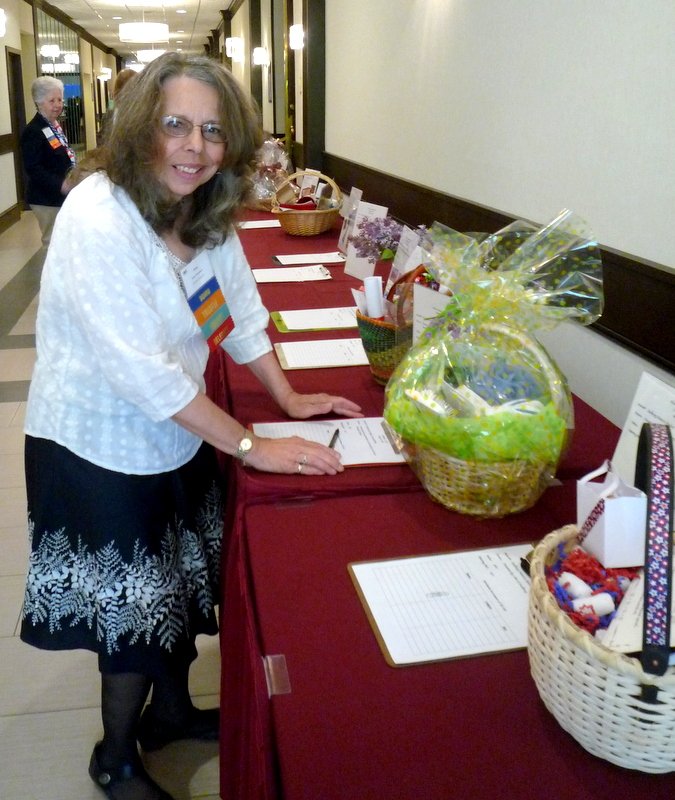 Massachusetts has 14 counties, all of which were founded as regional administrative districts before the Revolutionary War. Over time the counties administered jails, health facilities, agricultural schools, registries of deeds and probate, county courthouses, county roads and extension services. The counties were funded by local communities and the Commonwealth.

In recent years, there was criticism of county government as wasteful and inefficient. There were recommendations to abolish all county governments and transfer most of their functions to state agencies and their assets (land and buildings) to the Commonwealth.

In 1997, the county governments of Franklin and Middlesex were abolished, followed by Hampden and Worcester in 1998, Hampshire, Essex and Suffolk in 1999, and Berkshire in 2000. Six counties–Barnstable, Bristol, Dukes, Nantucket, Norfolk and Plymouth–still have county governments.

The abolished counties still exist as geographical/political regions; it is only their governments that were abolished.  The functions of abolished county governments were turned over to state agencies. Their Registries of Deeds were transferred to the jurisdiction of the Secretary of the Commonwealth and sheriffs and jails to the Office of Public Safety.  Sheriffs in these counties still administer jails, but their employees are state employees.

Even in county political districts where county government has been abolished, registers of deeds and probate, sheriffs, and district attorneys are still elected. In counties that have not been abolished or restructured, county commissioners and treasurers are also still elected.

Home rule legislation allows officials or voters in a county to establish a regional charter commission to study the county’s government. The commission can submit one of three model charters for approval of voters in that county at a statewide election or it can submit a special charter which must first be approved by the state legislature.

Cities and towns may choose a Regional Council of Government charter which will be binding on those communities where a majority of voters in a city or town approve it. The regional council of governments can provide a variety of services to cities and towns, such as planning, public safety, engineering, water and waste disposal, and many other services. The participating communities pay assessments based on local property evaluation.

Massachusetts counties and their cities and towns

Donate
Join us
Renew Your Membership