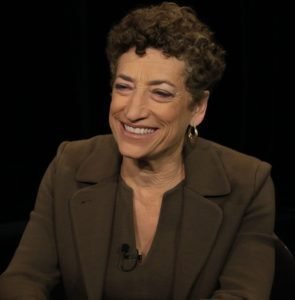 Registration for the webinar featuring renowned historian of climate science, Dr. Naomi Oreskes, filled quickly. Dr. Oreskes makes the case for why “Carbon pricing is the simplest and fairest way to reduce emissions.”

Although there is very little chance of a federal price on carbon right now, several states and regions already have or are moving toward a price on carbon. Results show that the economy can even be stimulated by carbon pricing, giving competitive advantage by advancing more quickly in the renewable and energy efficiencies sectors.

Giving a background in the economics, Dr. Oreskes explained that the external costs caused by climate change (hurricanes, drought, agricultural disruption, sea level rise) are not reflected in the price of fossil fuels. But someone does pay that price. Economists recognize that external costs are a form of market failure. The most straightforward way to rectify the market failure is to put a price on carbon emissions.

We are seeing a bit of political opening.  Republicans are recognizing that there is a need to remedy the market failure, and that the easiest way is carbon pricing.